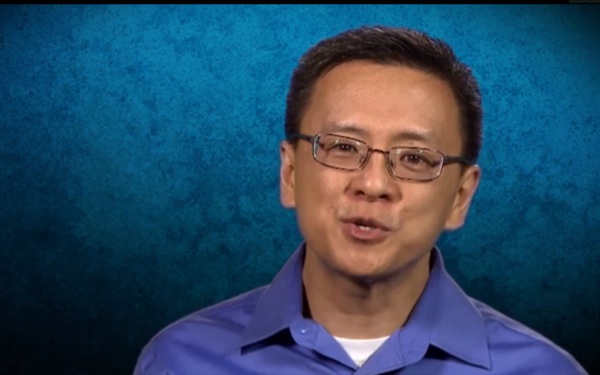 InterVarsity Christian Fellowship members say they just want to spread the word, to provide a welcoming space for believers and non-believers alike on college campuses that sometimes can seem cold and isolating.

But because it requires its leaders to hold Christian beliefs, the evangelical student group said, it now is fighting to preserve its religious soul and very existence.

Chapters of InterVarsity and some other Christian groups were stripped of recognition at California State University campuses this fall because they refused to sign a non-discrimination policy requiring clubs and organizations to open their memberships and leadership to all students. (Fraternities and sororities still can limit membership by gender.)

Under the so-called all-comers policy, a Republican could conceivably run for and win election to lead the Democratic club; a white undergraduate could lead the Chinese Student Assn.; a non-musician could be selected to lead the classical guitar club.

Groups that lose recognition can continue meeting on campus, but without free or discounted access to meeting rooms. They also are barred from participating in student fairs and can't receive funding from campus student associations.

InterVarsity students say that relegates them to second-class status, and that policies meant to protect religious thought are instead being used to silence it.

"We could easily sign off on the [non-discrimination] papers," said Long Beach music major Jasmine Kim, 22. "I don't think a non-Christian would want to be a leader in a Christian group. But it's about our integrity."

Efforts at Cal State and other universities across the country to vigorously enforce anti-bias policies have sparked a debate over how far administrators should go to ensure religious freedom — and whether religious groups on publicly financed campuses should be held to the same standards as everyone else.

There also are concerns that well-intentioned directives have had the unintended consequence of stifling the freedom of expression and diversity of ideas that should be hallmarks in a university setting.

InterVarsity maintains that membership is open to everyone. But Scripture holds that leaders — who preside over Bible study and prayers — should affirm the faith, said Gregory L. Jao, a national field director for the campus ministry.

A leader's religious belief is as central a part of his or her identity as gender is for a fraternity or sorority member, he said, suggesting that the Cal State system itself was discriminating on religious grounds.

"It's an irony for us that, in the name of inclusion, they're eliminating religious groups because of their religious beliefs," Jao said. "My understanding of an inclusive, welcoming university is to accept people based on their own beliefs. I'm inviting Cal State to live up to its best goals."

But the nation's largest university system, with 450,000 students, is not alone in dealing with this issue.

In the wake of a 2010 U.S. Supreme Court ruling that upheld the right of a California law school to deny recognition to a Christian student group that excluded gays, InterVarsity and other Christian groups have lost official status at Vanderbilt, Tufts and other universities for refusing to amend their bylaws.

But Cal State's position is especially vexing for InterVarsity because it has hundreds of members on nearly all 23 system campuses.

It appears that trouble also may be looming for its University of California chapters. UC spokeswoman Shelly Meron said the system — which now does not specify that leadership positions must be open to all — is reevaluating the language it uses to charter campus organizations.

Some legal scholars say the university actions reflect a broader move in this country to water down differences and, particularly, to delegitimize religious thought.

"Prior to the [Supreme Court] ruling, everyone would recognize that it's absurd to tell college Democrats they have to accept leaders who aren't Democrats … and would recognize the core value of freedom of association and the ability of groups to have their own standards and leaders within broad bounds," said Edward Whelan, president of the Washington, D.C.-based Ethics and Public Policy Center, which describes itself as being "dedicated to applying the Judeo-Christian moral tradition to critical issues of public policy."

"What we're seeing more broadly is part of an assault of secular progressivism on the classical liberal understanding of American society," Whelan said.

Other legal experts, however, said the Cal State system was on solid ground as long as it applies standards evenly.

"These groups aren't just claiming a right to discriminate when selecting leaders, they're insisting on a right to do so with government money and support. So it's not simply their right to exist on campus," said Daniel Mach, director of the American Civil Liberties Union's program on freedom of religion and belief.

Some schools such as the University of Texas and Ohio State University have been able to create exemptions for religious groups in their anti-discrimination policies because lawmakers in their states passed legislation.

Cal State officials said they were bound by long-standing university policy as well as state law, which prohibits discrimination in any program funded by the state. The Legislature could carve out an exemption but hasn't done so, said Susan Westover, an attorney for the Cal State system.

It wasn't until last fall, when groups were given a year to change their charters to comply with Cal State policy, that InterVarsity began requiring leaders to sign a statement of faith, Westover said.

"We had groups that purposely used that time to get their constitutions out of compliance," she said. Jao disputed that assertion, though he acknowledged that some chapters may have worded their charters differently.

Even with the open-leadership requirement, campus organizations can set rules that reflect their core missions: They can require a potential officer to show a deep knowledge of the Bible or, in the case of the guitar club, a certain level of musical ability.

No records exist of any kind of a "takeover attempt" of a religious club, Westover said.

Some other Cal State student groups have objected to the open-leadership policy — a few Democratic clubs wanted to keep Republicans out and vice versa, and a veterans group wanted to restrict membership to those who had served. But most of the hundreds of campus organizations have accepted the changes.

Kevin Gobuty, coordinator of student life for Hillel 818, a registered Jewish group on the Northridge campus, said it has a policy of religious pluralism and tolerance that extends to its leaders.

Bilal Zaheen, president of the Muslim Student Assn. at Cal State Long Beach, said his group was happy to accept anyone and that many who attend meetings are non-Muslims interested in learning about the religion.

"No non-Muslim has wanted to become an officer, even though they aren't restricted from doing so; they just haven't felt they could contribute 100%," said Zaheen, 20, a political science major.

InterVarsity students said they were equally confident in their position. The national office is funding some chapters so they can continue to rent meeting space (the Long Beach chapter said it was charged $3,500 to rent a lecture hall for five weeks) and chapters are exploring greater use of social media and other ways to promote their message.

"This group is like my family and foundation, and my faith has made me able to express myself," said Aaron Ridder, 20, a student at the Long Beach campus studying biology. "We can't compromise on this issue. We wouldn't be what we are."