Taylor Swift's 1989: What the Critics are Saying 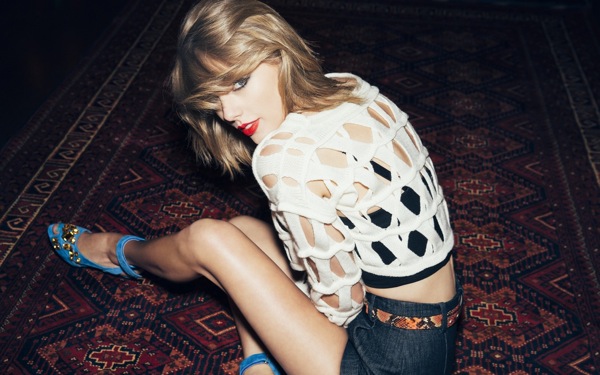 Lena Dunham sure likes it. And so does Selena Gomez. But, these gals are Taylor Swift's friends; they should be praising the singer's latest work. What we really want to know is this: What are the music critics saying?

The consensus seems to be mostly positive. Swift has turned away from her country-pop sound and has focused just on pop. Another thing she ditched: a bunch of songs crying about ex-boyfriends. Instead, she's branching out, singing about being single and living in New York, while still being the Swift her fans have grown to worship.

Of course, there are those who disagree and give their not-that-shining reviews.

But first, let's start with the "good" ones:

New York Times critic Jon Caramanica wrote about how Swift stands out among other "pop" stars: "Modern pop stars — white pop stars, that is — mainly get there by emulating black music [i.e. Miley Cyrus, Justin Timberlake, Justin Bieber]...Ms. Swift, though, is having none of that; what she doesn’t do on this album is as important as what she does."

Billboard's Jem Aswad wrote: "[...] the LP could have been an overstuffed Frankenstein of battling ideas. But instead it's Swift's best work -- a sophisticated pop tour de force that deserves to be as popular commercially as with Robyn-worshipping blog--gers; an album that finds Swift meeting Katy and Miley and Pink on their home turf and staring them down."

And Rolling Stone's Rob Sheffield gave it a positive review as well, with four out of five stars: "But if you're into math, note that the three best songs here – 'How You Get the Girl,' 'This Love,' 'Clean' – are the three that crash past four minutes. This is still an artist who likes to let it rip. Deeply weird, feverishly emotional, wildly enthusiastic, 1989 sounds exactly like Taylor Swift, even when it sounds like nothing she's ever tried before."

And now, the "not-so-great" reviews:

Washington Post's Chris Richards wrote: “1989 serves as a conformist power fantasy that might resonate more than we’d like to admit — because it’s also a big, dull gesture we’re expected to applaud no matter what [...] She’s gone from describing adolescence like an adult to describing adulthood like an adolescent."

Adam Markovitz from Entertainment Weekly was a little bit more gentle when pointing out Swift's mistake in trying to be just another pop singer here: "But too often on 1989 she's trying to win at somebody else's game, whittling her words down to generic love stuff over flowy synthesizers. That's because pop, as a musical genre, is most precisely defined by what it isn't: not country, not rock, and not rap. Swift isn't any of those, but she isn't 100 percent pop, either — she's still too unique, too identifiably herself."