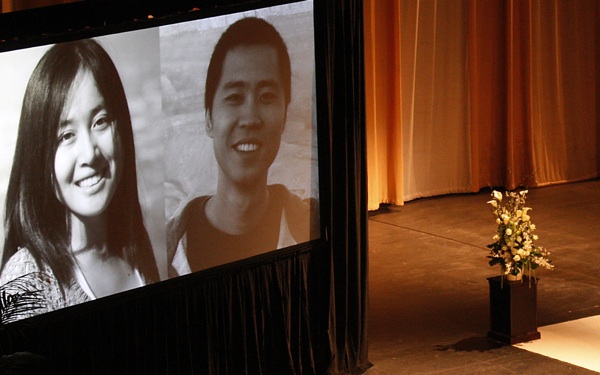 Twenty-two-year-old Javier Bolden was found guilty of first-degree murder Monday in the death of two USC graduate students, who were shot while sitting in car near campus in 2012. He is scheduled to be sentenced Nov. 17 and faces life without parole, reports the Los Angeles Times.

In February, co-defendant Bryan Barnes pleaded guilty to two counts of first-degree murder in the deaths of the students. He will serve two consecutive life terms in prison without the possibility of parole.

The USC victims were Ming Qu and Ying Wu, both 23. They were international students from China studying engineering at the private university. Qu and Wu were sitting in a parked BMW off campus the night they were shot, on April 11, 2012.

According to the LA Times, Bolden "stroked his chin and laughed quietly" after his verdict was announced.