World Series: Unlike Royals, Giants Have a Bullpen That No One Talks About 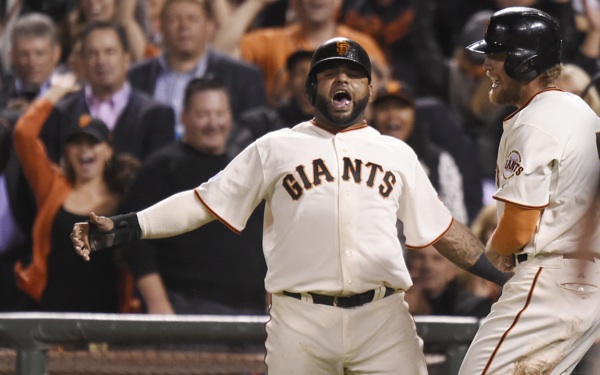 KANSAS CITY, Mo. -- If there's anything that can be safely predicted about the Giants as they try to close out the World Series, it's that they won't be getting any more four-hit shutouts.

Madison Bumgarner's brilliance has been expended as a starter, and manager Bruce Bochy will be counting on veteran right-handers Jake Peavy in Game 6 and Tim Hudson in Game 7, if necessary, to go for as long as they can.

Then it'll be up to the Giants bullpen to bring it home, and that could add up to a significant part of each game.

Here's the good news for San Francisco: The Kansas City Royals may be able to turn to their Big Three of Kelvin Herrera, Wade Davis and Greg Holland in relief, but Bochy has his Fab Five.

How good has that fivesome been in the postseason? Nothing short of extraordinary. It's given up one run during the entire month of October, in 391/3 innings. That's an 0.23 ERA. In the World Series, the group hasn't allowed a run in 102/3 innings through the first five games.

The only postseason run allowed by this group was the walk-off solo homer against Romo by St. Louis' Kolten Wong in Game 2 of the NLCS. Since then, Romo has pitched 31/3 scoreless innings over four games.

"Our bullpen has done a great job in the postseason," Bochy said Monday. "We do things a little different how we work our bullpen, not quite as structured. But when you look at the guys down there -- Casilla, Romo, our left"'handers Affeldt and Lopez -- they give you some weapons that you can use at different times."

If there's one thing the Giants aren't interested in, it's a debate as to which bullpen has been better, Kansas City's or San Francisco's.

"We're deeper in the sense of guys," said Affeldt, who has thrown 91/3 scoreless postseason innings. "I think they have their style of bullpen, and it got them to the World Series. But we have ours. We aren't built the same, but I think we're just as effective, and I think it's a credit to how Bochy runs the bullpen with matchups and utilizes the different arms we have. I enjoy the way we do it."

Chances are, the Giants will need all of those weapons to get the clinching win. Peavy has yet to complete six innings in any of his three postseason starts this month, and he struggled in Game 2 at Kauffman Stadium, giving up four earned runs in five innings.

Bochy is not likely to have as long a leash with his starters, either, particularly when he can turn to Petit, and possibly Tim Lincecum, to bridge the middle innings. Lincecum retired five hitters in a row in Game 2 before being knocked out by a back injury.

And don't discount Bumgarner for an inning or two in a Game 7 if things get hot and heavy, or Ryan Vogelsong, who threw just 2?2/3 innings in Game 4 Saturday and has already volunteered for bullpen duty in Kansas City.

With all of those available arms, it might save Bochy from having to call on Hunter Strickland or Jean Machi, the two Giants relievers who've been up and down during this postseason. But even they might be called upon for a situational out.

"When you get into Games 6 and 7, it's all hands on deck," Affeldt said. "If any reliever at this point in time dials it back and thinks that they aren't going to pitch, it could end up being a really bad backfire scenario for us. So I think we all have to be focused."

Affeldt said the A's wild-card loss to the Royals -- after Oakland had taken a 7-3 lead into the eighth inning -- is a sobering reminder that every reliever has to be prepared.

"With that team over there (the Royals), you never know," he said. "So we won't be letting up until that ball hits the first baseman's glove."

What Bumgarner's route-going performance did in Game 5 Sunday was set up the bullpen to empty its tank over the next two days after getting two days' rest.

"It's good to rest some guys, especially Romo and Affeldt," Bochy said. "I mean, we've been working them pretty hard, and we knew that Bum, he was on his normal rest, so we could let him go, and he did exactly what we were hoping."

"We feel very good," said Casilla. "For me, I haven't pitched very much in the World Series (two-thirds of an inning), but me, Javy, Jeremy and Romo have all been here before, and we know how to pitch in these big games. Now you add Petit, and we have so many guys who can get outs at the end of ballgames. It's been unbelievable how we're pitching right now."