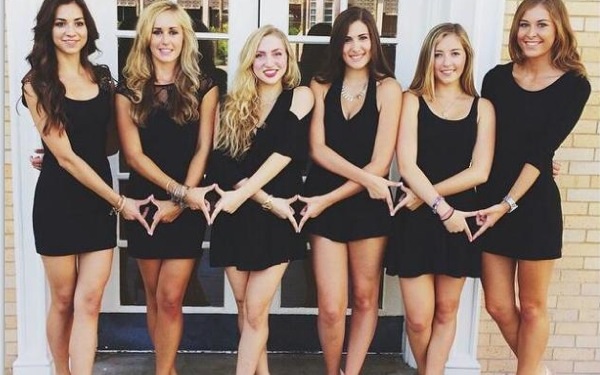 Fraternities are notorious for hosting parties where the alcohol is literally flowing. But at almost every sorority in the country, that's a huge no-no. And, a majority American women are okay with that.

One reason why women (and many men too) perhaps don't believe this rule should change ties back to the fact that it's a tradition. As HuffPost reports, the standard blossomed from a "more Victorian era."

Another reason: many women living in sorority houses are not 21. "It is what it is," the Panhellenics Committee Chairwoman at the National Panhellenic Conference told HuffPost. "I think it makes sense because many of the women who live in the houses are underage."

But honestly, having an alcohol-free house standard isn't going to stop sorority members from underage drinking. All they have to do is walk across the street on the Row and grab a drink at the neighboring fraternity party.

To some, the standard sounds a little unfair; it smells a little like a double standard, no? Or, as one Dartmouth College grad told HuffPost, "It's an example of structural sexism."