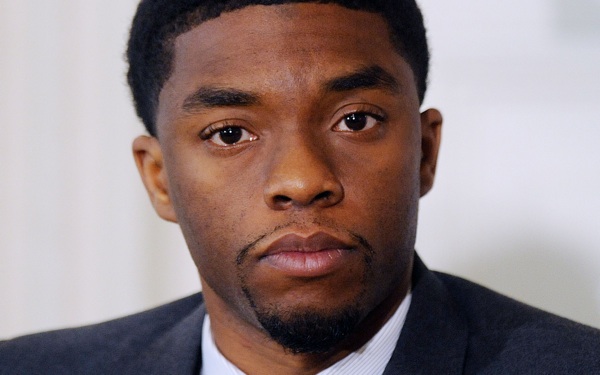 When it was announced Tuesday that Chadwick Boseman will be taking on the iconic role of the Black Panther superhero and that the actor had signed on for a five-movie deal, the Internet went crazy and Marvel fans celebrated. Boseman will be making his debut in 2016's Captain America: Civil War and will become the first superhero of color to get his own Marvel movie.

The 'Black Panther' was the first superhero of color in 1966. It was a revolutionary role, especially during this time period of racial tension. However, Boseman is no stranger to taking on iconic African American roles. He starred in the critically acclaimed James Brown biopic Get On Up and the Jackie Robinson film 42.

But besides his impressive acting chops, what's behind the superhero mask?

1. Boseman is college educated. In an interview with The Breakfast Club Power 105.1, he said he started out wanting to direct and write--not act. "I studied. I studied at Howard. I studied at Oxford." According to the Hollywood Reporter, Boseman directed undergraduate theater productions at Howard. There, he met Phylicia Rashad (aka Clair Huxtable from "The Cosby Show"), who would teach one class a week as a guest professor. He described Rashad as his "acting mom."

2. He understands the post-grad struggle. Boseman revealed to GQ that in his 20s, he struggled a little as a stage director and playwright. Before getting big roles as an actor, Boseman took "jobs with, say, a theater company, in spite of the fact that it's not paying your bills. I think the most stressful time of my life was when I was in New York and I didn't have money to pay my rent. I was going to the mailbox every day waiting for the check to come."

3. Get On Up might score him an Oscar. The film has generated some Oscar buzz, so don't be surprised if we see Boseman's name on the ballots!

4. He was "not really interested in being a superhero." At least, that's what Boseman told Vulture two weeks ago. "That's not a box I've been trying to check off."

In fact, in the interview he implied he wanted to show off his range. "There are some stories I want to tell that I think it’d be cool to see an African-American dude do. I like ambiguity, because you may be the villain in someone else’s story and the hero in your own, and I think very often, African-American characters are either one thing or the other. You shouldn’t have to be perfectly good or perfectly bad. You don’t even have to be magical.”

5. The 37-year-old has no official social media accounts, which is frustrating. How else are we suppose to know what he does on the weekends, if he's a foodie, what music he listens to or what's his favorite hashtag?

6. Oh wait, we found out what music he listens to during this Complex interview. He likes hip-hop, including Kendrick Lamar. Also, we got a taste of his raw vocal talent when he was at ABC. The man can saaaaang.

7. He's probably not going to read the Captain America: Civil War reviews when they come out. He told GQ, " I don't read reviews, but I do get feedback from my peers and people I know, like other actors and directors and producers."

8. He loves juicing, so he fits in quite nicely here in L.A.! "I got my own personal masticating juicer at home." He also admitted to the magazine he's done some cleanses.