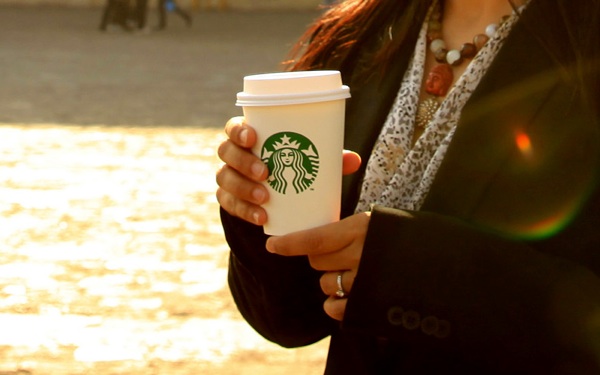 Imagine a world where you're studying for a big final, and at midnight you realize you need a caffeine push. Not just any kind of caffeine push, though -- a Starbucks-venti-caramel-macchiato-with-a-double-shot-of-espresso kind of push. Instead of walking down the street during the wee hours of the night, you can just have it delivered right to your apartment.

Sounds like a dream, right? Well, it will soon be a reality.

The Wall Street Journal reports Starbucks announced that customers in select U.S. markets will be able to use the mobile app to have food and drinks delivered. This is expected to happen in the second half of 2015.

During a conference call, CEO Howard Schultz said, "Imagine the ability to create a standing order of Starbucks delivered hot or iced to your desk daily. That's our version of e-commerce…on steroids!"

The coffee chain also announced its "Starbucks for Life" contest that will take place in December. Ten winners will win free Starbucks for 30 years (yeah, it's not exactly "for life," but that's still a whole lot of coffee!).

According to Forbes, Starbucks did see a 10 percent rise in revenue in the fiscal fourth quarter, but the company's shares were down 5 percent.

"Starbucks performance in fiscal 2014 was extraordinary by any metric or comparison," Schultz reportedly said. "But we cannot be content with the status quo, as consumers continue to demand more and more in terms of convenience and excellence.”