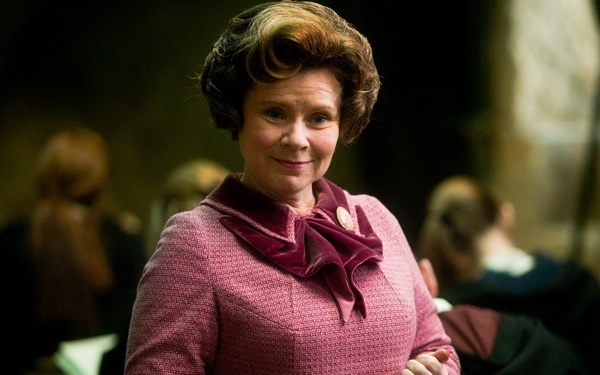 I hate Dolores Umbridge. In fact, I hate her even more than Voldemort. At least with Voldemort, you understood why he did all of those horrible things and hated Muggles: his mother died while giving birth, his Muggle father didn't want anything to do with his mom, and he grew up in an orphanage. Voldemort had a motive for his actions, as twisted as they were.

Umbridge, on the other hand, didn't have a convincing motive that could draw any empathy from me, and Harry Potter author J.K. Rowling further solidified that with "The Story of Delores Jane Umbridge," which was posted on Today.com on Halloween.

If you recall reading or watching Harry Potter and the Order of the Phoenix, you'll remember the evil Professor Umbridge. She's the one who made Harry write "I must not tell lies" countless times with a magic quill that cut the phrase into the back of his hand, leaving a bloody scar. Umbridge hated Harry, Muggles and non-humans, and she became a Voldemort supporter when he gained power.

In Rowling's story, we learn a few things about the unpleasant character's family: She is actually half-Muggle and half-wizard, which is why despised her Muggle mother; her brother was a Squib; and she was ashamed of her father, who mopped floors at the Ministry of Magic.

We also learn that Umbridge was always cruel, power-hungry and had an odd affinity for girlish accessories.

Rowling shared her inspiration for the character on Today.com:

Once, long ago, I took instruction in a certain skill or subject [...] and in doing so, came into contact with a teacher or instructor whom I disliked intensely on sight.

Like Umbridge, the teacher was stocky, had short curly hair and liked to wear child-like, girly "frills."

I have noticed more than once in life that a taste for the ineffably twee can go hand-in-hand with a distinctly uncharitable outlook on the world, wrote Rowling. A love of all things saccharine often seems present where there is a lack of real warmth or charity.

You can read Rowling's Umbridge story on Pottermore. If you don't have an account, read it on Today.com.