This 'Mindy Project' Actor Reveals He Had a College Sex Tape 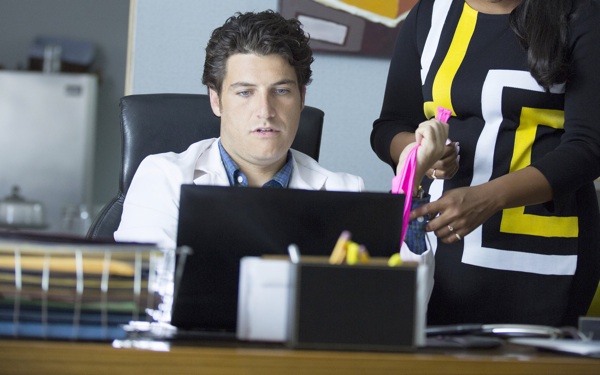 Adam Pally, who plays the loveable (and laughable) Dr. Peter Prentice on "The Mindy Project," told E! this juicy story that has quite the unexpected ending.

"So we came back from the bar one night," Pally continued, "and we were, like, fooling around." He then proceeded to get the camera, put it on the dresser and film the romp session.

"The next day I uploaded it on my computer," he said. "The dresser was higher than the bed, so all you see is my sweaty, fat, naked body humping what looks to be nothing."

And just in case you couldn't visually imagine this, Pally got up and demonstrated it for E!'s Kristin Dos Santos. Thankfully, Pally was able to destroy the recording way before hackers had a chance to make him the next Jennifer Lawrence.

And in case you were experiencing "The Mindy Project" withdrawals these past few weeks, you'll be happy to know the show returns on Fox Tuesday night!