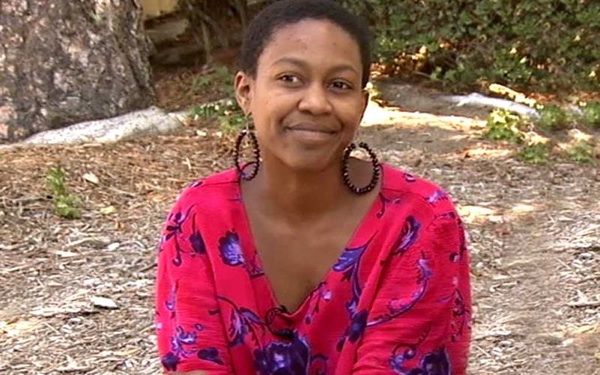 Daniele Watts, the Django Unchained actress who accused the LAPD of racially targeting her back in September, spoke at a panel discussion on civil rights at USC's School of Law on Monday.

According to the university's paper, the Daily Trojan, Watts talked about her previous encounters with the police and said in Lomo Linda, officers approached her and her partner because of a report of a "suspicious black and white couple." The incident in Studio City on Sept. 11 was the fourth time she dealt with police since she shaved her head.

"At a certain point, enough is enough and somebody has to say something," said Watts, according to the Los Angeles Times.

However, Watts and her partner were later charged with misdemeanor lewd conduct. They are due in court Nov. 13 and face up to six months in jail and a $1,000 fine, reports the Times.

Watts is an USC alumna with a degree in theatre.