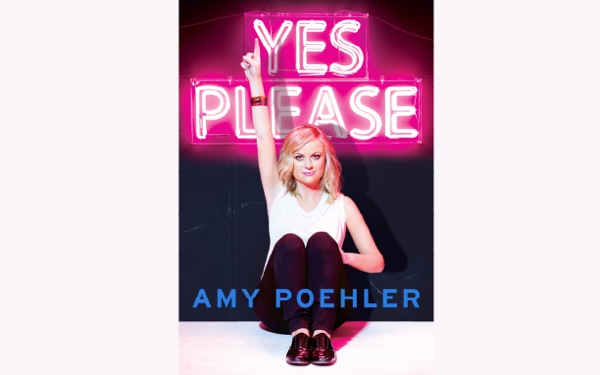 Add a few of these books to your fall 2014 collection:

Fiction
Endlessly fascinating, twins seem to have a foot in another world with their split sensibility and perceived heightened psychic powers. Jandy Nelson plays on our interest to perfection in I’ll Give You the Sun with two beautiful specimens in Jude and Noah.

Combining the fantasy of living in Paris with the cold fear of adultery, I Am Having So Much Fun Here Without You finds a delightful balance between humor and warmth. Courtney Maum paints a charming portrait while skillfully coloring outside the lines.

Meg Wolitzer is good at everything she turns her hand to, producing an outrageous quantity of material. Her latest offering, Belzhar, combines Sylvia Plath, lost love and even a little bit of magic.

Jane Smiley has a way with life on a farm, and Some Luck is another example of her expertise. The story follows the Langdon family through ups and downs over the decades as they navigate life in Denby, Iowa.

Referred to as the “English Lena Dunham,” Caitlin Moran debuts with a terrific first novel in How to Build a Girl. Imagine The Bell Jar written by Rizzo from Grease.

Non-Fiction
Animal lovers, rejoice! Jon Katz is back with Saving Simon. Having captured the core of the dog-human connection, the author moves onto the unsung donkey in this unforgettable memoir of man and beast.

With Ebola coverage all over the news, it’s time to think again about infectious diseases and immunity. Eula Biss examines the controversy that surrounds vaccines in On Immunity: An Inoculation.

Sometimes it takes every inch of will power to not take another bite of ice cream. And sometimes, even that is not enough. Walter Mischel explores the phenomenon of self-control in the fascinating The Marshmallow Test.

Thrills
Post-apocalyptic novels are coming down like acid rain, and now Emily St. John Mandel makes a thunderous addition to the storm. Station Eleven follows a few indelible characters attempting to make sense out of a nonsensical world.

David Cronenberg devotees who lament the filmmaker's turn to straight drama in recent years will relish this return to his trademark themes of body horror and technological perversity in Consumed. The real surprise here, though, is that the filmmaker also happens to be a powerful prose stylist.

A few mysterious and disturbing occurrences come together unexpectedly in Kate Atkinson’s glorious Case Histories. Leave it to her indelibly drawn Jackson Brodie to make sense of the inexplicable.

The madness never ends for the popular hit show “Downton Abbey.” Jessica Fellowes, niece of the writer/creator, celebrates with A Year in the Life of Downton Abbey.

The cult movie has taken a hit over the years, languishing on what’s left of video store shelves. Chris Nashawaty aims to reverse this travesty with Crab Monsters, Teenage Cavemen, and Candy Stripe Nurses: Roger Corman: King of the B Movie.

Sometimes it seems impossible to pick a movie to watch. Film critic Kenneth Turan makes it easy for you with his new book, Not to be Missed: Fifty-Four Favorites from a Lifetime of Film.

A terrific read if you have any interest in the new Golden Age of television, Brett Martin’s Difficult Men focuses on four terrific shows and their creators. Arguably among the best shows ever on TV, “The Sopranos,” “Breaking Bad,” “Mad Men” and “The Wire” prove to be just as fascinating behind the scenes.

Robert De Niro has always seemed like a tough nut to crack, but Shawn Levy does his damndest in De Niro. With information about the actor’s early life, career and friendships with directors—like Francis Ford Coppola and Scorsese—this well-researched biography manages to capture the man behind the celebrity.

Having become one of the most beloved films of all time, The Princess Bride is surprisingly underwritten about. Cary Elwes does his best to rectify this great injustice with the delightful As You Wish.

Memoir
Funny and poignant, Richard Blanco’s The Prince of Los Cocuyos follows the author and his Cuban-American family in Miami. The details of this very American, yet immigrant experience make all the difference.

Amy Poehler truly gets better and better over time—and she started out fantastic. With “stories, thoughts, ideas, lists and haikus,” Yes Please promises to delight, provoke and maybe make you scratch your head.