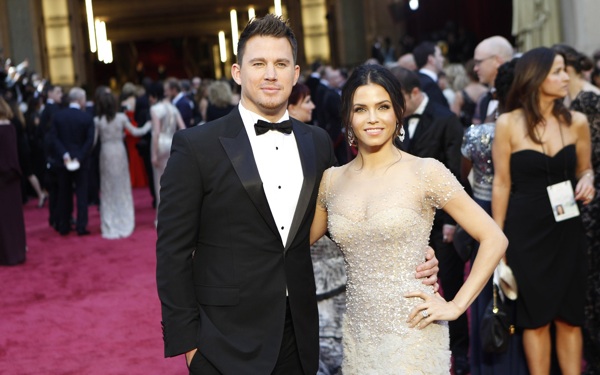 Certain things about Channing Tatum's past is public knowledge, like how he used to be a stripper and model for Abercrombie & Fitch. However, not often do we hear about the actor's darker moments.

In an interview with The Hollywood Reporter (which appears in the magazine's Nov. 14 issue), Tatum talks about drug use and his brief time at the University of South Florida, among other things.

When talking about drugs, Tatum admitted that he did experiment during his stripping days. He even admitted to trying cocaine. "I wouldn't say I was losing myself in drugs because I wasn't doing anything habitually," he said. "Just experimenting. Experimenting, I would say. Never the big ones — crack or heroin. I never OD'd or anything. Never."

"I was in college that first semester, and I was like, 'Wow, this isn't who I am. This isn't what I want to do.' I was like, 'Oh God, I'm going to have to go out and make something of myself, and I have no clue what that is."

He continued and shared a story about a panic attack, something some students can relate to at one point or another when they become overwhelmed. "I had to walk out of the class because I was like, 'I can't imagine doing this for another four years. I can't imagine sitting in this class or doing numbers on a board. It was a suffocating feeling of, 'That's what I'm going to have to do.' That was really dark. 'Where am I going to go? Where is this going to lead?' And I really think I just started going down the rabbit hole [and] started stripping."

To read the full interview, visit The Hollywood Reporter.