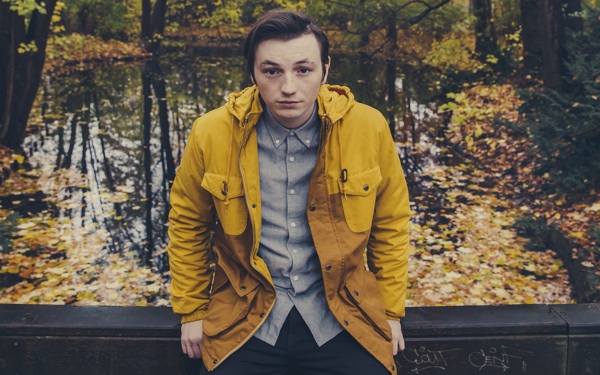 Not quite a household name in the States yet, Lewis Watson certainly has the talent and the drive to become one.

The barely-turned 22-year-old has been a part of the music world since he got his first guitar in 2009 when he was 16 and started uploading videos to YouTube as a learning method “without thinking that anybody would be listening.”

Fast forward five years: The Englishman has well over 7 million views on his videos, a debut album (The Morning) full of original songs and a tour that’s going around the world.

“Extremely surreal,” is how Watson described all of it. “Being able to play my music every night and have other people enjoy it, hopefully, is just the dream. I never, ever thought I’d be able to do this.”

The North American leg is set to kick off this Sunday—after being postponed—at the Troubadour in Los Angeles, with stops in San Francisco, Washington D.C., Boston, New York City, Philadelphia and more.

Watson has performed in the United States before and is excited to be back. “The U.S. crowds are brilliant,” he said. “I got clapped halfway through a song by a U.S. crowd. That's never happened before, and it really showed me that they were appreciating the show. I'm not saying that U.K. crowds don't show appreciation—they do, and I love them for it—but it is different, and different is always good.”

Different is always good, indeed, as the singer-songwriter acknowledges the growth he’s had in the last handful of years, both in terms of performing and writing. “I think that I’ve matured massively and that my music has followed suit.”

However, that 16-year-old, floppy-haired kid can still be found. When asked how he would describe his live show style, he answered simply: “A nervous guy playing some music and trying to be funny in between, unfortunately!”

Despite the mixture of nerves, stress and worry that the singer feels from performing his own music live, “it’s still the best feeling in the world. I love singing the words almost as much as I enjoy writing them.”

And don’t expect Watson to fade away anytime soon. If he has his way, he’ll “get to do this forever.”

The humble guitarist, who cites Bon Iver, Death Cab for Cutie, Matt Corby and the 2001-04 Kanye West as influences, continued, “I'm not looking for millions of sales or number ones, although they'd be great also. I'm just hoping to do this and to enjoy it for as long as I possibly can. That's the dream.”

Lewis Watson will perform at the Troubadour in Los Angeles on Sunday, Nov. 9, 2014.