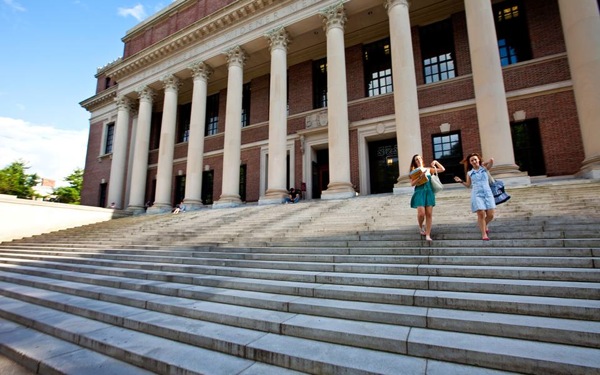 For a study on classroom attendance, Harvard University photographed 2,000 undergraduates in 10 lecture halls last spring -- without their permission. Now, the Ivy League is under fire for secretly taking the photographs, reports the Associated Press.

Computer science professor Harry R. Lewis heard about the study from two (unnamed) colleagues. Vice Provost Peter K. Bol oversaw the study, and the university's Institutional Review Board authorized it. However, Harvard administrators said teachers and student were not notified about it to prevent bias in the study.

According to the university's student paper (The Harvard Crimson, which first reported the news), Lewis said, "Just because technology can be used to answer a question doesn’t mean that it should be. And if you watch people electronically and don’t tell them ahead of time, you should tell them afterwards.”

Harvard undergraduate student Brett M. Biebelberg told the publication the university is being secretive. "It’s just another instance of contradiction when we have a University that’s pushing and pushing and pushing the implementation of an honor code that requires students to attest to their honor and integrity, yet here we have yet another example of the University engaging in activities in which it’s not being forthright, it's being secretive, and it's withholding information from students and professors that could potentially be used against them."

Bol said the images have been destroyed, but that the faculty he met with agreed data collected in the study can be used for research. He also reportedly said future studies involving undergraduates will go to the Office of the Dean of Undergraduate Education.

During a faculty meeting on Tuesday, Harvard president Drew Faust said a panel will review the case.