'The Heart Wants What it Wants': Selena Gomez Opens Up About Justin Bieber (VIDEO) 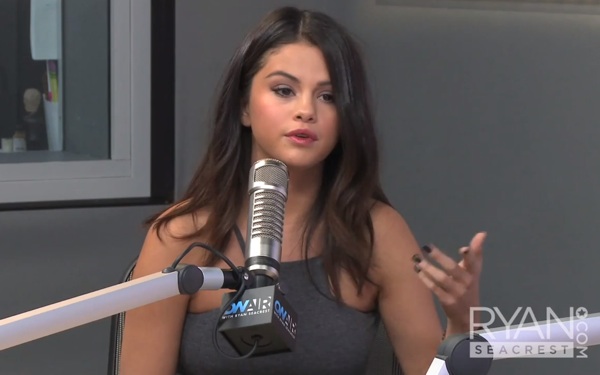 On Thursday, the Internet was buzzing with news about Selena Gomez's latest single--"The Heart Wants What it Wants"--and her recent comments about Justin Bieber.

"I made some decisions that weren't great as well, and so did he, and that's why we went through all that, to only make us better," she said during "On Air with Ryan Seacrest."

The Spring Breakers star's relationship with the troubled pop/R&B singer has always been in the media spotlight. It's a little unclear what Gomez's relationship status is with Bieber, but she told Seacrest, "I support him. I think I always will. I'm upset when he's upset, I'm happy when he's happy. I don't want anything to ever happen to him bad. It hurts me. That's all."

But perhaps the most emotional part of the song is heard in the beginning of its official music video. In the video, we hear a recorded conversation Gomez is having with herself. Throughout the clip, her voice is cracking, as if she's trying and failing to hold back her tears. "But then you make me feel crazy, you make me feel like it's my fault. I was in pain," she cries.

Although Gomez appears vulnerable and broken in the video, she told Seacrest she is at peace now.