By Sarah Tully and Rebecca Kheel 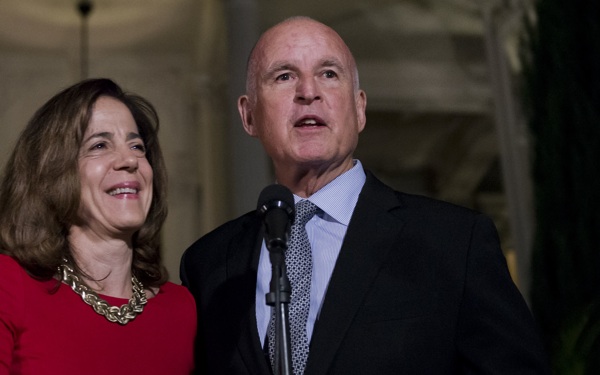 The University of California system is moving toward thawing its three-year tuition freeze and increasing fees by as much as 5 percent each year over the next five years, the Board of Regents' staff announced Thursday.

But some key players are cold to the proposal, namely student leaders and Gov. Jerry Brown. The University of California Board of Regents plans to vote on the proposal at its Nov. 19 meeting.

Officials stressed that the increase could be less, or tuition could be frozen again, if more funding comes through.

The five-year plan is meant to give more predictability to tuition rates, which have fluctuated wildly over the past two decades. Instead of deciding on the costs at budget time, the board intends to have a long-term plan so families can determine their expenses, said Nathan Brostrom, UC's chief financial officer, during a briefing with reporters.

"This would be stability for both students and families," Brostrom said. "They will know roughly what the cost of education will be."

Brown, who is a member of the Board of Regents, is opposed to any tuition increase.

Brown made a commitment to increase state funding to California universities -- 5 percent for two years and 4 percent for the following two years -- under the condition that tuition stays flat, among other stipulations, said H.D. Palmer, a spokesman for the state Department of Finance, on behalf of the Governor's Office.

"The governor has ... made good on his commitment to provide increases over the last two years," Palmer said. "We're hopeful we'll be able to continue that."

But Brostrom said the state funding hasn't kept up. While state general revenues have increased 8 percent, the universities have received half that amount. State funds to the UC system were cut by nearly $1 billion since 2007, according to the UC website.

Student leaders are fighting the tuition increase. They had already posted a petition on the University of California Student Association website against a tuition increase even before this proposal came out. Now, the group is coming up with a plan to protest it.

"Most of us can't even afford our education as is," said Jefferson Kuoch-Seng, president of the student association. "It definitely creates a lot of uncertainty for us."

UCI student Amy Tilson-Lumetta, 19, of Pleasanton said higher tuition would be a burden on her and her mother. Tilson-Lumetta, a second-year drama student, worked as a waitress over the summer to help her mother pay for tuition.

"If they raise tuition, I'm going to raise a little hell," she said outside the arts department.

Audrey Nguyen, 20, said she thinks tuition is already too high and it's unfair to ask students to pay more. She gets financial aid, while her parents saved to pay for the rest. With her double major, she might have to be in school for five years.

"I'm outraged," said Nguyen, a third-year pharmaceutical sciences and art history major, outside the UCI student union. "We already pay so much."

Although student leaders oppose the increase, one said she appreciates the long-term stability of the proposal, instead of subjecting students to random jumps in costs.

"This is a much better model that they are giving students, (with) more predictability," said Sonali Madireddi, the graduate student-body president for the Associated Students of UCI.

Even before Thursday's announcement, UC President Janet Napolitano, who took office in September 2013, has been talking to students, lawmakers, regents and consultants to get support for her tuition plans.

At least three of the 26 regents are icy to the tuition hikes.

Assembly Speaker Toni G. Atkins, D-San Diego, who is a regent, vowed to vote against it: "It is disturbing to see students used as leverage in budget negotiations.

"While the state's commitment to higher education absolutely needs to be backed up with adequate resources, fee increases are not the solution, and California families have already endured enough of them," she said.

About 31 percent of UC students would end up paying for the full increase out of their pockets.

Most students have at least some financial aid. The proposal would continue that financial aid, add 5,000 new students and improve the student-faculty ratio, among other plans.

UC officials said they doubt tuition hikes would prompt students to flee to private campuses because the increases have been higher at many of those schools -- in the $4,000 to $5,000 range over three years at the University of Southern California and Stanford University, for example.

Staff writer Aaron Claverie and The Associated Press contributed to this report.