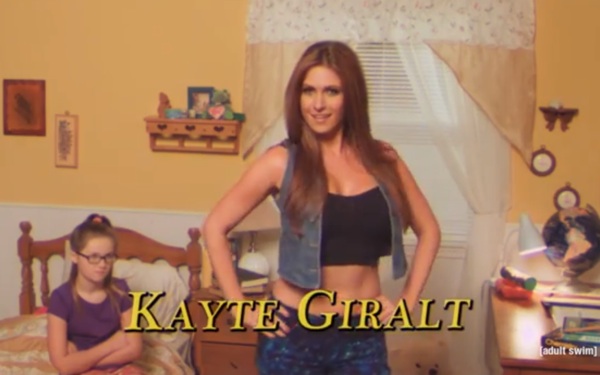 There's a new viral video making its rounds and after you watch it, you're going to feel confused and slightly perturbed.

"Too Many Cooks" was created by Chris Casper Kelly, and it aired on Adult Swim's infomercials slot at 4 a.m. The 11-minute video is seriously twisted. The beginning credits parody a '80s or '90s sitcom intro, but it goes on and on and on. Then, the story line jumps from murder, to superheroes, back to murder, to crime, to horror and to sci-fi. Some moments seem to make fun at our favorite shows and genres, like "Star Trek" and "The Brady Bunch." But honestly, this video is so confusing that we're not sure what the creator was trying to convey.

Thankfully, Entertainment Weekly spoke with Kelly who tried to explain "Too Many Cooks."

"I definitely hope it is more than a satire of intros, and taking it to a dark place, and that contrast of the chipperness of a sitcom and the darkness when a structure breaks down," said Kelly. "I’m going to sound pretentious in anything I say, but also I didn’t think people were going to want to watch it more than once. I was worried that all that stuff I snuck in would be missed. I was like, should I put arrows in? Should I color it lighter so people will notice? I’m really happy to see that people are looking at it so carefully."

But...what does it all mean? Kelly didn't really answer that interviewer's question, but he did say he "was just working on a feeling, working intuitively. I could analyze it, but that's how I approached it originally. I look forward to reading all the analyses."

At the end of the video, "To Be Continued" pops up on the screen. So, will there be a sequel? A "Too, Too Many Cooks?"

"It's possible," said Kelly. He also told The Rolling Stone, "we start filming the next one in January. I don't want to say what it is exactly, but...it's good. You'll like it."

TV Time
(Almost) every show coming to TV this summer. And 29 that aren’t
962 views

TV Time
‘All Rise’ is the first TV drama to tackle coronavirus. Here’s how they did it
561 views