We Can't Stop Talking About Hoodie Allen: See Him Perform Nov. 18 at the Wiltern! 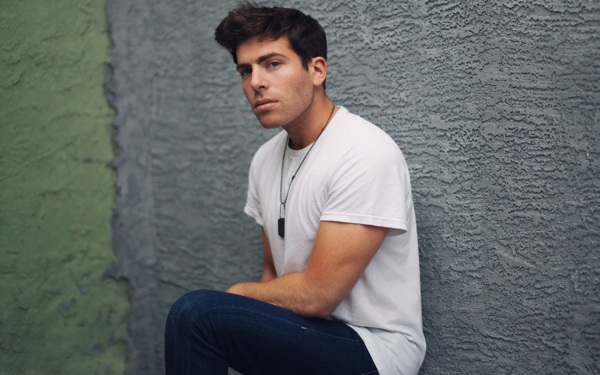 Following the October release of his debut studio album People Keep Talking, Hoodie Allen is on the road again, performing in multiple cities across the U.S.

Born Steve Adam Markowitz, the 26-year-old indie rapper is a 2010 graduate from the University of Pennsylvania, where he studied marketing and finance, and was a brother at the Alpha Epsilon Pi fraternity. Like a typical college student, Hoodie went straight into the workforce upon graduating, landing a job at Google. But unlike your typical student, he was also making music on the side the entire time and decided to leave his coveted job at the tech giant to pursue a career in hip-hop full time.

“[It was a] leap of faith. But it was a lot easier because everyone at Google was so supportive of me,” he told Mashable in 2011.

Hoodie wasted no time creating and releasing music. He now has several mixtapes and EPs under his belt, including his All American EP, which debuted at No. 10 on Billboard’s Top 10 Albums. Hoodie’s latest effort is doing even better; People Keep Talking peaked at No. 2 on Billboard’s Rap Albums chart and No. 8 on the Billboard's Top 200.

"The message is about being an individual and not feeling ashamed to keep going for things that are not super-traditional,” Hoodie said about his album in an interview with Newsday. To The Daily Pennsylvania, UPenn’s student newspaper, he further explained People Keep Talking “really represents what it means for me personally, being in a society where you can get instant feedback. There’s so much positive and there’s so much negative and clutter and noise — don’t lose your own opinion among the others around you.”

The 14-song album bobs and weaves between technically tight bars, old school soul panache, jazzy swing and undeniable pop appeal. “I wanted to build a style rooted in hip-hop, pop and soul that combined everything I loved,” explained Hoodie. "The flow and wordplay are as important as the hooks are. I aimed for the album to be cohesive in terms of the sound and story. The songs contribute to the narrative, but they can stand on their own as well.”

One song that definitely stands on its own is the album’s first single, “All About It” ft. Ed Sheeran. It’s a young, carefree track where Hoodie and Sheeran they trade smart verses. “Lyrically, [“All About It”] is about acknowledging where you come from and watching nothing grow into something,” said the rapper.

Other album standouts we hope make it on the Hoodie’s tour set list: “Movie,” a jazzy and romantic track and the anti-coming-of-age song, “Act My Age.”

We’re not entirely sure what antics Hoodie has up his sleeve for his L.A. show, but you can bet he'll grab and hold your attention until the last song ends.