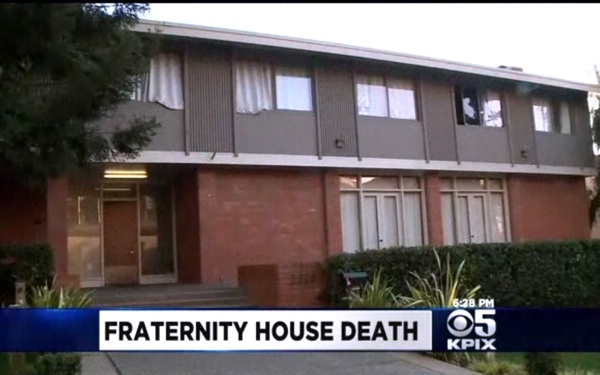 Updated Nov. 11, 11 a.m.: The 20-year-old man who was found dead inside a UC Berkeley fraternity house over the weekend was a UC Davis , reports the San Jose Mercury News. His name was Vaibhev Loomba.

Toxicology tests were ordered, but it will take several weeks to determine whether or not drugs or alcohol contributed to his death.

A 20-year-old man was found dead inside a fraternity house near the UC Berkeley campus around noon Sunday, reports SF Gate. The house is home to the Zeta Psi fraternity, but the man was not a student and did not live at the house.

Police are investigating the death and have classified it as "suspicious," according to SF Gate, but a preliminary investigation reportedly found the death was accidental.

According to the San Jose Mercury News, there was a party at the house Saturday night. However, it is not clear if drugs or alcohol were involved in the man's death.