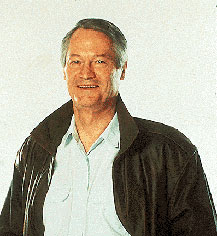 Set amidst the sandy beaches and shallow canals of Venice, Calif., the Other Venice Film Festival – not to be confused with the famous annual fete in Venice, Italy – is all about honoring local talent and showcasing an ever-growing assortment of fresh short, animated and feature-length films.

Now in its third season, the OVFF kicks off on Thursday evening, March 16 with a special screening of Roger Corman’s classic film, The Masque of the Red Death, starring Vincent Price and Jane Asher. The legendary director – who has over 450 film and television credits to his name – will be present after the screening for a Q&A session and to receive the fest’s annual Local Maverick Spotlight Abbot Award, which will be presented by last year’s winner, Dogtown and Z-Boys director Stacy Peralta.

"We are extremely proud to have the privilege of honoring Mr. Corman, who not only boasts one of, if not the longest imdb lists in cinema, but has trained more up-and-coming filmmakers right here in Venice than any film school in town," says OVFF co-founder and programming director Gary Ellenberg.

Following the opening night festivities will be the U.S. premiere of the short film, The Bloke, on March 17, followed by the feature-length documentary Champion. The film, directed by Joe Eckardt, showcases the brutal-yet-inspiring real-life tale of LA-based actor Danny Trejo. On March 18, the fest will host a special day jam-packed with screenings and events, at both venues, from morning until midnight.

Screenings and events for the OVFF will take place at two Venice venues: The Electric Lodge (1415 Electric Ave.) and Switch Studios (316 S. Venice Blvd.). Tickets are $15 for March 16, $20 for March 17 (including after party), $10 for individual screenings and $60 for an all-access festival pass. For more information, visit www.veniceofilmfest.com.
Article posted on 3/13/2006
This article has been viewed 2647 times.