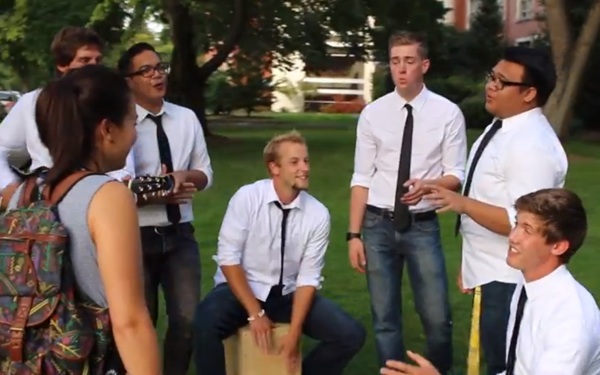 Listen up, guys: There IS a way you can compliment a woman on campus without her feeling like she's being harassed. It's called serenading, and in this video, a group of young men bring smiles to many young women by singing them the Roy Orbison song, "Oh, Pretty Woman."

I wanted to make some girls' day, wrote YouTube user Trent Toney, so I decided to do a singing prank at some colleges in my area. I convinced them I was taking a poll for one of my classes, and gave them a surprise they didn't expect.

It's cute, it's sweet, and it's harmless. Any college gal would definitely swoon at the sight of six men in ties as they sang while playing the guitar and drums.