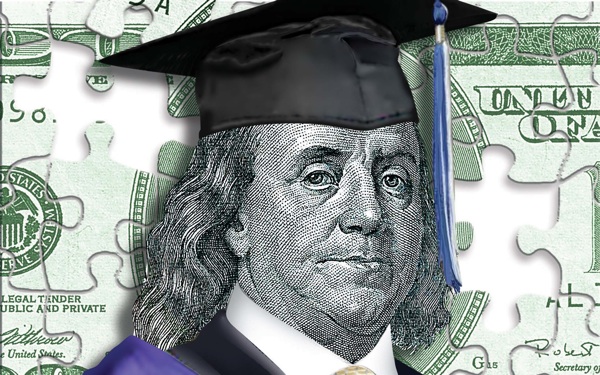 Families remain justifiably concerned about paying for college, but there may be cause for some relief, according to a new national report.

Though college tuition and fee prices still outpaced the rate of inflation in the past year, the average increases were lower than those posted in the past five years, the past 10 years and the past 30 years, according to the report published Thursday by the College Board.

And education borrowing is down 8 percent in one year, while borrowing per student is down by 6 percent — a decrease one of the report’s co-authors said was “really notable.”

In its “Trends in College Pricing 2014” report, the College Board, a not-for-profit organization that aims to expand access to higher education, said the average price for in-state students at four-year public schools increased 2.9 percent from 2013-14 to 2014-15.

The report may indicate a move away from the ballooning cost of higher education.

“When we think about the whole picture, we see some trends that were frightening in recent years that seem to be quieting down,” said Sandy Baum, the report’s co-author and an education policy professor at George Washington University and senior fellow at the Urban Institute in Washington.

Still, Baum said, “we should take that news with some caution.”

That’s because students enrolling in public four-year schools this year will pay a sticker price more than three times higher than what students paid in 1984-85, according to the report. For students at two-year public schools and four-year private schools, the price is roughly 2.5 times larger.

“Those are big increases over time. We still need to be concerned,” Baum said.

“It’s absolutely a problem,” said Dickey, a junior. “Students in high schools are looking at colleges … and they’re saying, ‘Where can I go and not have to break the bank?’ ”

Added Dan Mann, director of student financial aid at the University of Illinois at Urbana-Champaign: “Cost is a barrier for students, not just at our university but across the country.”

Students and families may take solace in knowing that most students do not pay full price for their schooling, the report said, as federal grant aid, tax credits and deductions help cover the cost.

The report found that undergraduates received an average of $14,180 in financial aid in 2013-14 including grants, federal loans and tax credits and deductions. And 9.2 million students received Pell grants — federal grants that provide financial aid to low- and moderate-income students — in 2013-14.

This may be one reason for the dip in student borrowing, the report said.

Baum said the three-year decline was “really notable.” Total education borrowing fell by 13 percent between 2010-11 and 2013-14, according to the report. And borrowing per student decreased 9 percent over the same time.

She said the reasons for the decline in borrowing aren’t clear. It could be that older students, who tend to borrow more, are returning to the workforce.

“It is also possible that people are sobered by the discussion of student debt and are choosing to borrow less,” Baum said.

Of those who graduated with bachelor’s degrees from public and private nonprofit institutions in 2012-13, 60 percent said they graduated with debt. On average, graduates had borrowed $27,300, according to the College Board report.

Mann said students enrolled at higher levels in the past academic year, but borrowing decreased $8 million among undergraduates. He said the numbers likely indicate that students are finding other ways to afford an education.

“I think there’s a good amount of news about debt that students are hearing, and as a result (they are) being more thoughtful, not borrowing unless they really need it,” Mann said.