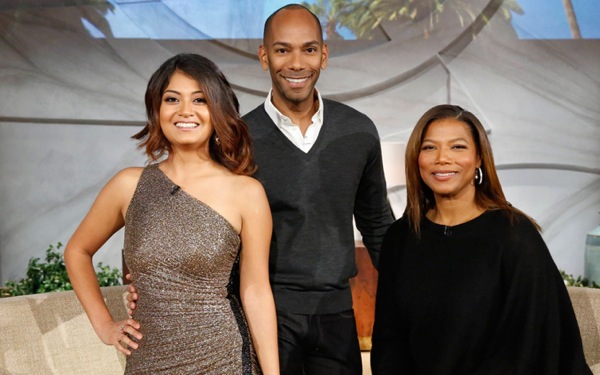 Every now and then, a college gal just needs a little bit of the royal treatment to get her mind off finals, work and the daily struggles that come with being a student these days. LuLu Favela from California State University, Northridge got to experience just that.

Favela, a junior at the university, was given a gift most women would kill for (maybe not kill, but you know what I mean). During Wednesday's "Queen Latifah Show," the talk show host gave the 20-year-old communications major with aspirations to make it big in Hollywood a CoverGirl makeover and tickets to the Hollywood Film Awards on Friday, reports CBS Los Angeles.

Growing up in South Central L.A., Favela had to overcome adversity to get into college. She told CBS she lived "next to drug dealers or even, like, kids or teens just doing drugs right outside your front door. Or, even kids being raped like two blocks away." Favela also revealed losing her brother to gang violence.

Now, she is giving back by helping others like herself reach similar goals. Along with going to school and working full time, Favela is a mentor at the organization Step-Up, which helped her get into college. The organization aims to help "at-risk" girls obtain their college and career goals.

Queen Latifa heard of Favela's success story and wanted to hook up the hard-working student.