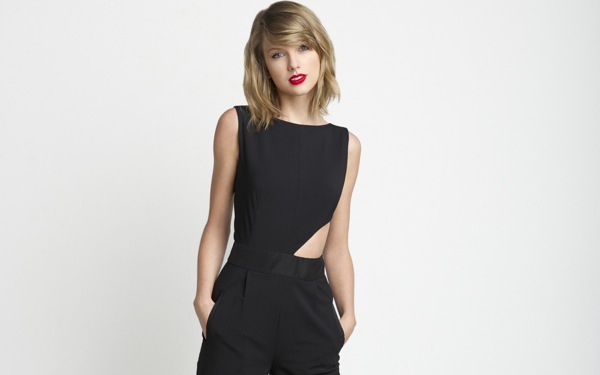 To stream or not to stream: That is the question.

Back in July, when Taylor Swift was plotting the pop-music takeover that culminated in sales of almost 1.3 million copies of her album 1989 in its debut week, she wrote an op-ed for the Wall Street Journal.

Widely mocked as naIve at the time, the 24-year-old songwriter — who made news recently by pulling her music off Spotify, the world’s biggest streaming music service — used Rupert Murdoch’s bully pulpit to share her optimistic view that “the music industry is not dying . . . it’s just coming alive.”

Easy for her to say, you might grouse, considering that she’s since proved capable of selling more albums in a week than anyone since Eminem circa 2002.

To appreciate the extent to which she is “defying retail gravity,” as former Billboard editor Bill Werde phrased it to NPR, consider this: In the week before the release of 1989, the top 200 albums on the Billboard chart sold a combined total of 1.53 million copies, barely outpacing 1989.

Swift’s upbeat attitude is surely rooted in her own exceptionalism, not to mention her laser-like focus on achieving sales goals through social-media bonding. (Search the Twitter hashtag #taylurking to see the phenomenon in action.) She celebrated her boffo week by posting a video of herself lip-synching to “Backseat Freestyle,” by rapper Kendrick Lamar, who has recently declared himself a mutually admiring fan.

But in the Wall Street Journal piece, Swift had salient points to make about the devaluation of music. “Music should not be free,” she insisted, and not just because just because she wants to be even richer. (So far in 2014, she’s made $64 million, according to Forbes, and she’ll make plenty more by bringing in approximately 70 cents on the dollar through download sales, as a opposed to the royalty rate paid out by Spotify, which has 40 million users worldwide, of between $0.006 and $0.0084 per individual song stream.)

Many in the music industry see streaming as the only hope for growing revenue. According to the Recording Industry Association of America, revenues from streaming, which the RIAA defines as including YouTube and Pandora as well as satellite radio and Spotify, have more than offset a decline in money brought in by paid downloads in 2014. And before there was streaming, the plague was illegal downloading, which has been on the decline.

But those minuscule Spotify payouts have prompted a growing number of major acts, from David Byrne to Beyoncé to the Beatles, to withhold some or all of their music from the service.

Radiohead leader Thom Yorke, who sold his new album Tomorrow’s Modern Boxes for $6 on the file-sharing BitTorrent platform, has called Spotify “the last desperate fart of a dying corpse.”

Patrick Carney of the Black Keys has also ranted. “My whole thing about music is: If somebody’s making money, then the artist should be getting a fair cut of it,” he told the Seattle Times.

Referring to CEO Daniel Ek, Carney said: “The owner of Spotify is worth something like $3 billion. He’s richer than Paul McCartney and he’s 30 and he’s never written a song.”

And this week R&B star Aloe Blacc chimed in, penning an anti-streaming piece for Wired magazine, which tweeted out the headline: “I support Taylor Swift — streaming services are killing music.”

But Swift’s larger point — that if they can afford to, musicians shouldn’t cheapen their music by just giving it away — is valid. She wrote that she hopes artists don’t “underestimate themselves or undervalue their art.”

It’s a notion lost on U2, who thought they were being brilliant when they automatically placed their new album, Songs of Innocence, in the music libraries of 500 million iTunes users, only to incite a PR backlash after non-fans came to regard the Irish band’s intrusion as so much unwanted spam.

Carney’s two cents: U2 “devalued its music completely” by pushing it on listeners whether wanted or not. “It sends a huge mixed message to bands that are just struggling to get by.”

Of course, for bands struggling to get by, struggling even to be heard, keeping their music off streaming services is not so easy. Such acts need to get their music out any way they can, and if they’re going to make money the new-fashioned way — by touring, endorsement deals, and licensing their songs for use in TV and video games — people need to be able to have easy access to it.

To stream or not to stream is a thorny dilemma for fans, too. I resent the way the streaming model puts ownership of the music back in the hands of industry muckety-mucks. Rather than letting you own your collection, the music biz is moving relentlessly toward a model similar to on-demand cable TV or Netflix, in which the entirety of music history is (theoretically) available whenever and wherever. The catch is that you, the user, pay over and over again, whether by hearing an ad or with a subscription fee.

Despite those misgivings, Spotify is a pretty good deal: $9.99 a month for ease of use in building and sharing playlists, and the ability to hear a song once it pops into your head, like when you’re driving to work and playing Mott the Hoople’s “All the Young Dudes” seems absolutely necessary at that very moment.

Having millions of songs at your disposal and trying to decide what to click on can be a paralyzing experience, however. Whether you do your shopping on iTunes, Amazon, or your local mom-and-pop store, it’s not conducive to the kind of intimate bonding with a favorite artist that comes when you care about something enough to actually purchase it.

That’s one reason live performance has become so crucial. Yes, bands can make money (sometimes), but it also gives fans a chance to make a human connection with the artists they love.

Swift has proved herself an expert at forging those connections. And with her latest trick of pulling her music off Spotify, she strengthens her bond with her followers by making them have to buy her album to prove how much they love her.