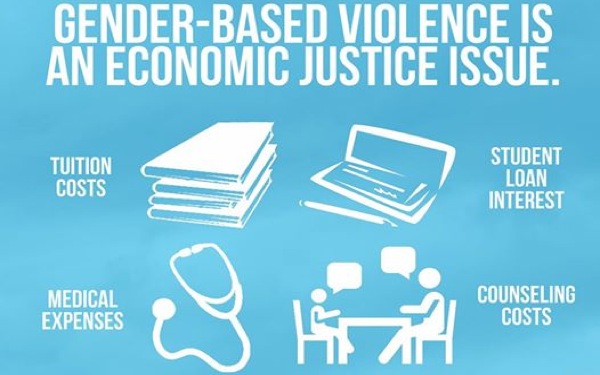 In a piece for the Washington Post, Yale Law School student Alexandra Brodksy wrote about her friend who was assaulted by her then-boyfriend repeatedly in 2008 while attending Tufts University. The college reportedly refused to investigate the claim, but that's not even the problem here; the victim, Wagatwe Wanjuki, was expelled and stuck with thousands of dollars in debt.

The stress from the abuse affected Wanjuki so much that her grades suffered, and she was expelled. She was able to transfer to Rutgers University, but her total debt from both schools is $100,000.

The point of Brodksy's article is to draw attention to a huge flaw in higher education: When victims are dealing with assault or abuse and report it to school officials, some schools have failed to offer students the support they need to achieve academically. This does not mean colleges have to punish the accused; it just means schools should be offering services such as tutors, allowing victims to switch dorms and offering mental health support.

"When a school denies survivors the services and support they need to recover, students may be forced to take out additional loans — or even to leave school, a semester’s tuition down the drain," writes Brodksy.