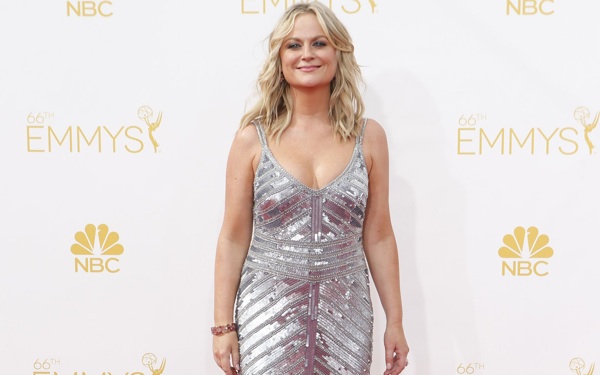 Hulu announced Tuesday that comedienne Amy Poehler's half-hour comedy series is coming to the online service! It's called "Difficult People," and it was produced by Poehler. The series "follows Billy Eichner and Julie Klausner as best friends and struggling comedians in New York City who can’t figure out why they aren’t likeable."

Klausner's acting and writing credits include "Mulaney" and "Ugly Americans," and you've might've seen Eichner on Funny or Die's Billy on the Street and "Parks and Recreation."

"Difficult People" will be another Hulu Original. In case you didn't know that Hulu also aired original shows in addition to the most recent episodes of "Scandal" and "New Girl," here are some of our favorite originals you should check out:

-"East Los High": This show is a pretty intense drama about going to high school in East Los Angeles. Sure, the acting and dialogue may be a bit off, but the subject matter doesn't hold back. We're talking sex, romance, HIV, pregnancy, abuse and more. Seasons 1 and 2 are online now.

-"Misfits":  British shows have proven to be pretty stellar, and "Misfits" is definitely one of them. It follows five unruly teens who land themselves in community service. When a weird storm hits, they (and others in the town) develop superhero-like powers. "Misfits" is raunchy, vulgar and funny as hell with surprising plot twists and shocking depth.

According to the Head of Hulu Originals, "Difficult People" will start production early next year. Get ready to add another procrastination-worthy show to get you through the 2015-16 school year (premiere date is still TBA, though we're remaining hopeful)!