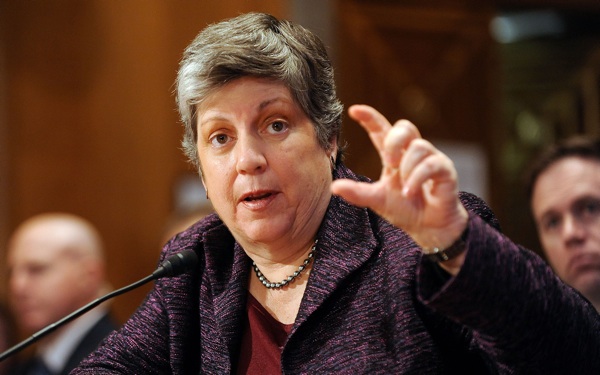 OAKLAND, Calif.—A growing rift between the University of California and Gov. Jerry Brown over tuition increases has exposed a broader struggle over who controls the powerhouse university system and who should pay for it.

Beneath the important tuition-hike debate set to play out at Wednesday’s UC Regents meeting in San Francisco is a palpable tension between state government and a public university that historically has operated with relative autonomy and which has grown increasingly reliant on tuition and other private funding, rather than state subsidies, to pay its bills.

Now, UC finds itself under growing pressure from Brown — who regularly attends regents’ meetings — and other elected leaders to run more efficiently, hold the line on tuition, admit more California students, and show the public how it spends tax dollars and student fees.

“The system is independent, but they count on state resources, so this needs to be a combined discussion,” said Assembly Speaker Toni Atkins, a Democrat and an ex officio regent.

On Wednesday, the regents are to consider raising student fees by up to 5 percent for each of the next five years.

Although pitched as a way to make UC’s notoriously volatile tuition increases more predictable for families and enroll more Californians, the plan was quickly denounced by students, who are planning demonstrations Wednesday, and by state leaders, including Atkins.

Earlier this year, Atkins tried to secure additional state funding for UC and California State University in a bill Brown vetoed. And in an interview Tuesday, she said she planned to propose a greater state investment in public higher education — but only if the universities admit more in-state students and keep tuition stable.

“I’m prepared to fight for more money for UC and CSU as long as they’re prepared to make the commitment to our California students,” Atkins said.

An analysis by The Oakland Tribune last spring showed that about 87 percent of freshmen spots UC added between 2009 and 2013 went to students from other states and countries as campuses relied on out-of-state tuition to balance their budgets.

Another sticking point between the state and UC is disclosing where those tuition dollars go. A law passed last year requires UC and California State University to report how much they spend on graduate, undergraduate and professional education, as well as research — broken out by discipline. It also requires them to show which funding sources they use to cover education costs.

But UC missed its Oct. 1 deadline and has yet to produce the information, saying it doesn’t track its spending in that way.

“As we go forward and evaluate the state’s investment in higher education, these data points are going to be key,” said H.D. Palmer, a spokesman for the California Department of Finance. “As the governor stated in January, the business-as-usual model is not sustainable over the long haul.”

That UC doesn’t have this kind of information at its fingertips is more worrisome than its failure to report it, said Patrick Callan, president of the National Center for Public Policy and Higher Education, also a former executive director of California’s now-defunct Postsecondary Education Commission.

“How do these people make decisions? How do they get from here to there?” he asked.

UC argues it is difficult to separate undergraduate, graduate and research functions, as they all contribute to the life of a university.

Callan says he doesn’t see the state’s recent actions as interference or micromanagement.

“What I see going on is a little bit of self correction.” For too long, he said, “The Legislature and the governor were too deferential, thinking that what’s good for the university is good for California.”

Student leaders thwarted in the search for spending details — such as the funding sources for administrative pay raises — want the state to open the university’s books, said Caitlin Quinn, a University of California, Berkeley student and external affairs vice president for the student government.

Quinn argues that the secrecy leading up to the tuition-hike proposal and a general lack of understanding about where tuition dollars flow turned off students who might have been open to an increase.

“We’ve seen that people have been willing to tax themselves for the greater good,” she said. “If students saw they were going to get a greater benefit from the extra $600 next year … they would consider that.”

Instead, she said, students were repeatedly told no such hikes were in the works — and were informed about the proposal just hours before the news media learned of it.

But here again, the tension: Because of UC’s autonomy granted in the state constitution, the law only applies to the university if the regents adopt it, which they haven’t.

Palmer said UC has told his office it intends to follow the spirit of the law. But he doubts even that is happening, he said, given that the proposal was revealed two weeks before the regents were expected to act.

The state needs to make a greater investment in its public universities, Atkins said, and she is determined to fight for it. But the tuition plan, she said, “makes my job harder.”