The Knocks' B-Roc Talks Endisco Album Plans: Expect to See it Next Summer! 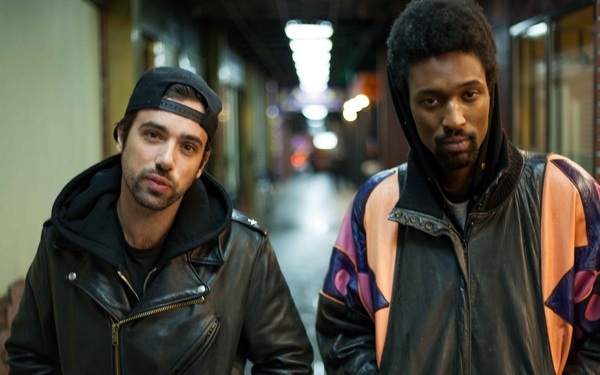 New York’s electronic duo The Knocks has been flooding the dance music radar this summer since the release of its new single, “Classic.” From roommates, to friends, to producers, Ben Ruttner (B-Roc) and James Patterson (J-Patt) are known for their dance music mixed with funky and disco sounds.

NME recognized Ruttner and Patterson as two of the hottest producers in music in 2010, and since then, they have attracted a massive following with their hot beats and party mixes. Fans were expecting the release of their full-length album, Endisco, this fall, but the album has yet to be released.

Last week, we got the chance to talk with “B-Roc” about what’s going on with the album and how these two friends became The Knocks.

Campus Circle: I read somewhere online that you two dropped out of music school. What school did you two go to?
Ben “B-Roc” Ruttner: I actually wasn't at a music school. I was at a liberal arts school. I was at the New School. It's called Eugene Lang in New York City. It’s more of like a writing arts school, and J-Patt was at school studying music, but it was more like music technology stuff at St. Johns, which is in New York also.

So, I know the story about why you’re called The Knocks, but can you tell me what other names were you guys were thinking about calling yourselves?
No, we actually didn’t because it just came so naturally. We just kept using that phrase, “got the knocks.” So, when someone would bang on the door or bang on the walls, I’d go into his room and be like, “I got the knocks, and I can’t play anymore.” We kept saying it all of the time, so then it was kind of the obvious choice.

What did you two do to get to where you are now as producers and artists?
Just making a lot of music, trying to get better and staying focused and kind of sticking to our thing. We try to stick to our sound and stick to our whole vibe the whole time. We haven’t really been swayed too much by trends and stuff like that. And I feel like if you work on one thing, you become the best at it if you stick to it…and it helps that we get along really well.

We don’t hate each other or go at each other’s throats. We haven’t gotten sick of each other yet.
It’s also about having a good team around you, whether it’s booking agents, good label, managers and just being on top of it. We’re not the kind of artists that are totally hands-off when it comes to this stuff, where we just send the music and let everyone else do all of the work. We are very hands-on to when it comes to our brand and our marketing and our social media. We’re not aloof artists that let other people do that for them.

I heard you were supposed to release an album this fall. What happened with the release?
Yeah, that got pushed back a little because we signing a new record deal with Atlantic Records. Now the album is going to be coming out in the summer, like early summer. Our new song “Classic” is doing so well that we’re going to let it keep going and push it and try to get it on the radio by the New Year. In the meantime, we are finishing our album right now.

I saw your music video for “Classic.” What was your vision for the video?
The director sent us that treatment, and I thought it was really cool just because there are so many cliché music videos that could’ve been done to that song. It’s such a summertime, feel-good video. It could be, like, hot girls on the beach, party and bikinis and all of that. You’ve seen our other videos, and they tend to go a little bit more left leaning. This song is kind of more making a statement against that. There are these almost Sims-like robot characters that are trying to create that cliché scene, like they’re hitting a ball around, but they are slow and robotic that they can’t hit it. Or, they’re trying to have their drinks, but their drinks aren’t real, and they spazz out. It’s kind of a weird way to think about it, especially since the term “classic,” you think of a classic-looking video. But we went against the grain and tried to make a plastic classic.

So, is it a satire of pop music videos of today?
Yes, exactly that’s how it is … Also, we are big videogame nerds, and we love the Sims, so it was a cool nod to that.

Can you tell me a little bit about your new album? What can fans expect on it?
I think “Classic” is a good example of what is to come from us. Our older stuff is little bit more on the straight dance music side. The new stuff we’re doing is still dance music, but it’s a little more pop-leaning and a little bit more commercial, in a way that we don’t feel like we’re selling our souls. There are also a couple of new features. We got some good collaborations that will be on it. We always feature people that aren’t usually on dance music songs, so that’s always fun.

How do you want your listeners to feel when they hear your songs?
People can pull from what they want from it, but I think overall our energy in the music is pretty positive. We don’t take ourselves too seriously. When we first came out, everyone kind of labeled us as the party boy/party music, which I think is definitely an element in our music…

We also like to strike a nostalgia chord. We really like music that makes you nostalgic and remember a good time. I think that’s what we did with “Classic.” People will think of that song and think, “Oh, that reminded me of the end of summer in 2014 or remind me of spring 2015.” If you can hit the nostalgia vein without getting sad, I think that’s a cool thing and a big part of our music. I think that comes from us growing up on such classic oldies and classic rock.

How do you create this nostalgic sound?
We like to pull from older stuff and give it a future vibe. It’s kind of like the whole direction of our new album. We like to think of it as future retro. It has a really retro feeling but with this future funk touch to it.

My last question for you is who are you currently listening to? Who are your favorite artists?
Lately, I really like the new Caribou album. I’ve been listening to Future Islands and this band called Bear Hands. We are obsessed with the Drake album. It’s kind of like our pre-show rituals to listen to Drake.

If you want to check out what’s to come on The Knocks’ Endisco, listen to their new single “Classic.” Their new album will be released in late June or early July.