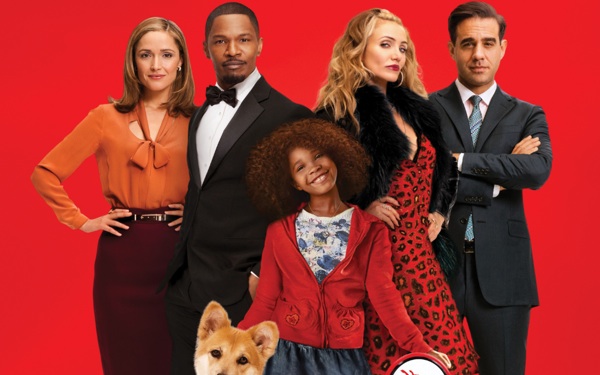 If you’re a crate digger, you’ve probably come across vinyl copies of the original version of this always-fun soundtrack. Those might be of some value now that an updated version of Annie is about to hit theaters.

The new film stars 11-year-old Quvenzhané Wallis, and she handles the vocals on many of the musical’s most beloved tunes, including the hopeful sing-along “Tomorrow.”  This song does not deviate from its familiar arrangement.

Most of the rest of the songs are different though. “I Think I’m Gonna Like it Here” features an insistent backbeat and lush harmony vocals layered onto Wallis’ lead, making the song fully ready to leap onto the pop charts, just like the updated version of “You’re Never Fully Dressed Without a Smile.” This version is given a buoyant reading by Sia. Cameron Diaz sings the grouchy but perky “Little Girls” and joins in with Bobby Cannavale to duet on the slinky and swinging “Easy Street.”

There’s also brand new music in the film—mostly penned by Sia and producer Greg Kurstin—including “Opportunity,” which is sung by Wallis in the film (and also included here in a non-film version by Sia) and the delicate, heart-string tugging “Who Am I?” sung by Diaz, Wallis and the film’s male lead Jamie Foxx. One of the completely new songs, “Moonquake Lake” by Sia and Beck, is a sugary, Disney-esque pop triumph that’s bound to romp up the charts. And that seems to be the overall idea here: chart domination.

If you thought the songs from Annie were memorable before, wait till you get a load of these.