How Parents, Students Can Deal with First Trip Home from College 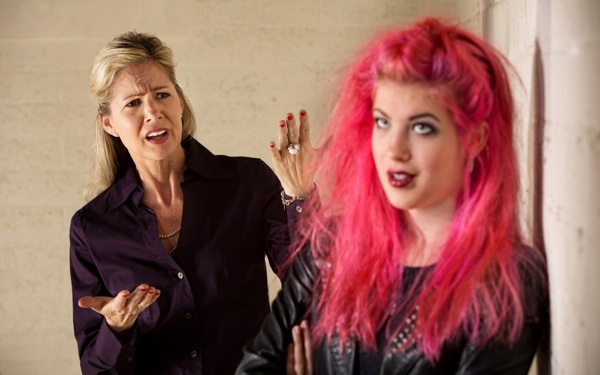 We’re coming up on one of the watershed moments of a college student’s freshman year — worse than the realization that the “freshman 15” is not an urban myth (except it’s more like the “freshman 3”) and more cringe-inducing than seeing a roommate in their underwear.

The student is returning home to ... well, they’re not exactly sure what they’ll find or how they’ll be welcomed. They left home a few weeks before still basically a high school kid. They are returning home as an emerging adult, someone entering the real world.

“(Students) are straddling two lives at that point,” says Vicki Nelson, founder of College Parent Central (www.collegeparentcentral.com ), a go-to site for anyone with a kid in college. “They’ve had some weeks of being at school, being independent, making their own decisions, coming and going as they want. Then they come home.

“They’re a different person than when they left, but they want to fit back in. It’s partially the student’s problem and partially the parents’. The students are in between, there’s a certain nostalgia going home after being away, but at the same time they like the independence. Parents have that same idea: I want to welcome that student back into the family, but I don’t necessarily know that student anymore because my student has changed.”

Maggie Lynch is a sophomore at DePaul University. Last year she returned home for a long break, Nov. 25 to Jan. 7, and was a little hesitant.

“Yeah, sure,” she says. “Because I was living on my own and I was used to a certain type of freedom, I worried I couldn’t live the way I wanted to. ... I was very concerned going home to my conservative parents because I had developed some liberal ideas.”

In the end, she says, there were no problems. She attributes that to the fact that she and her parents had a history of openness and free discussion. Some other relatives raised concerns (“Your hair is black!”), but they were minor issues.

Open lines of communication are the key, before the visit and during.

“I encourage parents and children to talk before the break or when they first come home,” Nelson says. “‘What do you want to do?’ ‘Here are the family obligations I really want you to do.’”

There are also the hot-button issues — curfew, chores, drinking, having a significant other spend the night. The best way to approach them is to anticipate them and discuss them before things get uncomfortable.

“I think when parents and/or students are blindsided — they haven’t thought about this till the student is going out the door and the parent says, ‘You will be home by 11’ — then you have a problem,” Nelson says.

Javaune Adams-Gaston, vice president for student life at Ohio State University, suggests that parents also not overschedule the returning student. Offer opportunities — ‘Uncle Leo has invited everyone to come over and watch football Sunday, want to go?’ — but don’t insist. A parent will be disappointed if the kid balks, but they often have their own plans.

Again, these are topics that can be brought up even before the visit begins. Nelson suggests setting up a meeting as soon as the student gets home, discussing the expectations of all parties. Parents need to decide the bottom line of their comfort level. It is still their home, after all. But discussing, not dictating, rules is the wisest path.

Adams-Gaston says that as part of the changing family dynamic, parents need to move into more of a consultant role rather than be someone simply laying down the law. That’s where the family sit-down comes in. The trip home doesn’t have to be solely about what’s happening in those few weeks, but helping your child navigate this brand new world.

“What it does,” she says, “it puts the parents and students in a new space: ‘I’m not grilling you about what you’re doing. I’m your consultant giving you space to talk about your life.’ Parents should support (the student) and share resources that will help.

“One of the most important things parents can do in terms of development is to help them focus on how to really use resources. Talk about what’s difficult, what the resources are and how they can use them. In four short years they’ll be out in the world.”

Other discussions can revolve around money, grades, college, life in general, on an adult-to-adult level rather than the kinds of discussions that would have occurred just a few months previous, when the kid was in high school.

“Parents are not always good at listening. We’re better at giving advice,” Nelson says. “So sometimes the solution may be to talk less and listen more. Or just be a sounding board. Let them try out their ideas on you.”

And just as the returning student will be different, so might the parents. They may be testing their wings as empty nesters — staying up later, sleeping in, redecorating, getting tattoos — or just enjoying the additional room at home with one fewer person.

Lynch says that her parents became empty nesters when she moved out, but she didn’t see any difference in the way they treated each other. She and her two older siblings, though, were another matter.

“When the three kids came home you could tell they were a little unsure. Like if they were going to the store, they’d ask, ‘Is there anything you want?’ Before it was their way ... They’d buy what they wanted for us. But then it became more (about making) sure what we wanted. ... They treated us like adults and not like children anymore.”

When coming home isn’t the problem

Parents may have some anxieties about their student’s first return visit — What if he’s a vegetarian? How many piercings will she have? — but it could be worse. Their kid might not want to come home at all.

Javaune Adams-Gaston, Ohio State University’s vice president for student life, advises parents not to jump to conclusions. There could be a lot of reasons behind that.

“Maybe they want to visit a peer, maybe they have an opportunity at school, or to travel, or maybe they’re overwhelmed with work and want to stay,” she says.

Adams-Gaston sees this decision as an excellent opportunity for a conversation between student and parents to see if there is something else going on that the parents need to know about.

“Don’t demand they come home, but invite a conversation,” she says.

Parents also shouldn’t take it personally, though the first time it happens it will feel that way, says Vicki Nelson, founder of the website College Parent Central.

“I think it’s fair for parents to share their feelings — ‘Well, I’m disappointed’ — without making the student feel guilty,” she says. “That doesn’t mean you bite your tongue. ‘This will be the first Thanksgiving we won’t be together. That makes me a little sad.’”

But consider it another step in the student’s maturation. And, she says, give in on this battle, but make plans for the next break. Ask when she’ll be home for Christmas.

“Some negotiation will make people feel better,” she says.