UCLA, Other Top Basketball Teams to Play in Gambling Hub of Bahamas 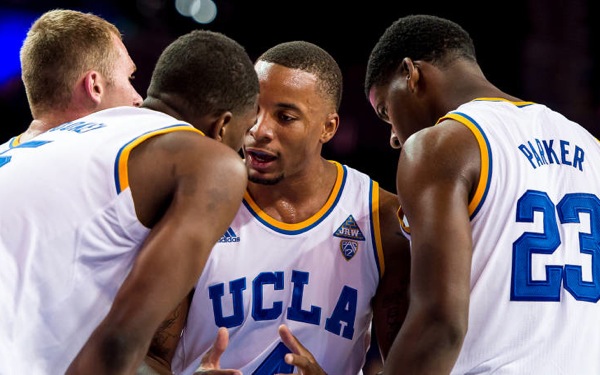 PARADISE ISLAND, Bahamas -- This year's Battle 4 Atlantis men's basketball tournament in the Bahamas has an exceptionally strong field of teams. Four of the eight, including UCLA, are ranked in the Associated Press top 25 media poll. Two are in the top five.

In many respects, it is an ideal setting for basketball. Outside, waves will crash. Inside, sneakers will squeak. And, at the casino adjacent to where the games will be played, chips will clink.

It's excitement you can bet on. Atlantis, the resort playing host to the tournament, offers a sports book.

Less than a week ago, the NCAA and the major professional sports leagues successfully blocked New Jersey's effort to allow sports wagering at racetracks and casinos. But on Wednesday, the NCAA will allow eight schools to play in a nationally televised basketball tournament in the Bahamas, which has an economy dominated by tourism and a sizable gambling industry.

Though the NCAA bars its championship events from being held in states that offer sports wagering, it permits schools and conferences to play where they please.

"It's the big 'h' word -- hypocrisy," said Daniel Wallach, a leading gaming and sports litigator at Becker & Poliakoff in Fort Lauderdale, Fla. The NCAA, he said, is "vehemently opposed to having betting taking place on their games, yet the existence of this tournament contradicts that."

The NCAA said its championship policy "is in place to ensure the integrity of the game, provide consistency in awarding NCAA championships and to address concerns for student-athlete well-being," in a statement to the Los Angeles Times provided by a spokeswoman.

The NCAA did not respond to multiple requests from The Times for further comment. In court documents, the NCAA has argued sports gambling "undermines the public's faith and confidence in the character of amateur and professional team sports."

The Battle 4 Atlantis has a reputation of attracting a strong field, which helps participants build their NCAA tournament resumes. And the location, on Paradise Island, makes it a draw for fans.

"All those things, that whole package if you will, makes it an attractive situation," Guerrero said.

Two years ago, the Pac-12 became the fourth conference to hold its men's basketball tournament in Las Vegas. Pac-12 Commissioner Larry Scott announced the move from poolside at the MGM Grand hotel-casino, which is host of the tournament.

"For hard-core basketball fans, this is going to be like Disneyland," Scott said.

Since moving from Los Angeles to the MGM Grand, attendance has increased, said Erik Hardenbergh, a Pac-12 spokesman. Fans, he said, enjoy the attractions of Las Vegas and the proximity to the conference's schools.

Before the NCAA tournament in March, the NCAA requires student-athletes to sign an affidavit, which includes five questions that probe sports-wagering connections. Student-athletes, university staffers and administrators and conference officials are prohibited from participating in any version of sports gambling, including fantasy leagues for money.

The Pac-12 does not impose additional restrictions during the Pac-12 tournament, though schools can set their own policies.

Hardenbergh said the schools have grown accustomed to playing in Nevada and other states that allow sports wagering. The schools' leaders, he said, concluded their students weren't at risk, though Guerrero said he lobbied to keep the tournament in Los Angeles.

"From our standpoint, we feel comfortable," Hardenbergh said.

MGM Grand casino patrons are free to bet on the tournament's games.

"Given the proximity of so many casinos around that area, it wouldn't make sense just to take the game off one casino," Hardenbergh said. "They could just go next door."

Wallach, the gaming lawyer, said holding tournaments in states with regulated gambling makes suspicious behavior -- a large swing in the betting line, for example -- easier to track. Estimates on the size of the sports gambling industry range from about $380 billion to $500 billion annually. Only a fraction of that is wagered legally.

In the Bahamas, the legal gambling age for visitors is 18, though Bahamians are prohibited from gambling.

In the past, UCLA has allowed student-athletes over 21 to play floor games on Las Vegas trips. This time, Guerrero said, that won't be the case.

"We've certainly indicated to our student-athletes that we do not want them in the casino, and certainly not betting," Guerrero said. "There's no question about that. They're there to play basketball."