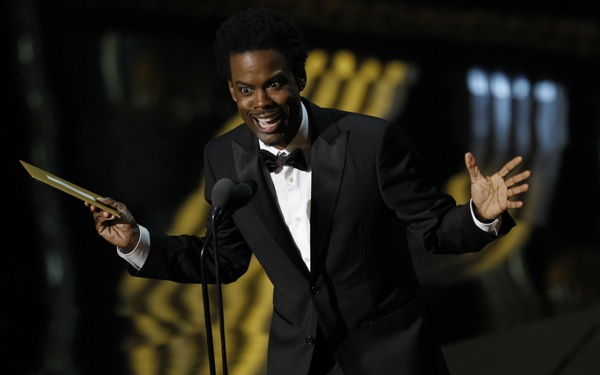 Chris Rock is getting ready to release his upcoming comedy Top Five, a film about a comedian (Rock) who doesn't feel funny anymore. The film is slated to release Friday, Dec. 12.

In a long interview with New York magazine's Frank Rich, Rock talked more about the movie, but his thoughts on today's hot-button political and social topics were captivating. The actor/director/screenwriter discussed the Bill Cosby rape allegations, the Ferguson protests, racism, Obama and much more.

On Cosby Controversy:
"I don’t know what to say. What do you say? I hope it’s not true. That’s all you can say. I really do. I grew up on Cosby. I love Cosby, and I just hope it’s not true. It’s a weird year for comedy. We lost Robin, we lost Joan, and we kind of lost Cosby."

On Robin Williams' Death:
"Comedians kill themselves. Talk to 100 comedians this week, everybody knows somebody who killed themselves. I mean, we always say ignorance is bliss. Well, if so, what’s the opposite? Some form of misery. Being a comedian, 80 percent of the job is just you notice shit, which is a trait of schizophrenics too. You notice things people don’t notice."

On How He Would Cover the Ferguson Protests:
"I’d be in Ferguson right now, and it would be in-depth, and it would be funny...I’d do a special on race, but I’d have no black people...Just white people. We know how black people feel about Ferguson — outraged, upset, cheated by the system, all these things."

On Hilary Clinton Running for President:
"I mean, I would love to see Hillary, but there’s a part of Hillary that’s like the Democratic McCain at this point. As he showed, 'It’s my time' is not really enough. But you know, I’m absolutely ready for a woman president. I’m ready for a woman nighttime-talk-show host, to tell you the truth. I wonder which will be first."

Comparing Being a Comedian to Being a Reporter:
"You keep notes. You look for the recurring. What’s not going away? Boy, this police-brutality thing — it seems to be lingering. What’s going to happen here? You don’t even have the joke, you just say, 'Okay, what’s the new angle that makes me not sound like a preacher?' Forget being a comedian, just act like a reporter. What’s the question that hasn’t been asked? How come white kids don’t get shot? Have you ever watched television and seen some white kid get shot by accident?"

On Bill Maher's Upcoming Speech at UC Berkeley that's Causing Outrage:
"Well, I love Bill, but I stopped playing colleges, and the reason is because they’re way too conservative...not in their political views — not like they’re voting Republican — but in their social views and their willingness not to offend anybody. Kids raised on a culture of 'We’re not going to keep score in the game because we don’t want anybody to lose.'  Or just ignoring race to a fault. You can’t say 'the black kid over there.' No, it’s 'the guy with the red shoes.' You can’t even be offensive on your way to being inoffensive."

On Liberals' Disappointment in Barack Obama:
"I mean, the liberals that are against him feel let down because he’s not Bush. And the thing about George Bush is that the kid revolutionized the presidency. How? He was the first president who only served the people who voted for him. He literally operated like a cable network. You know what I mean? [...] He’s the first cable-television president, and the thing liberals don’t like about Obama is that he’s a network guy. He’s kind of Les Moonves. He’s trying to get everybody. And I think he’s figured out, and maybe a little late, that there’s some people he’s never going to get."