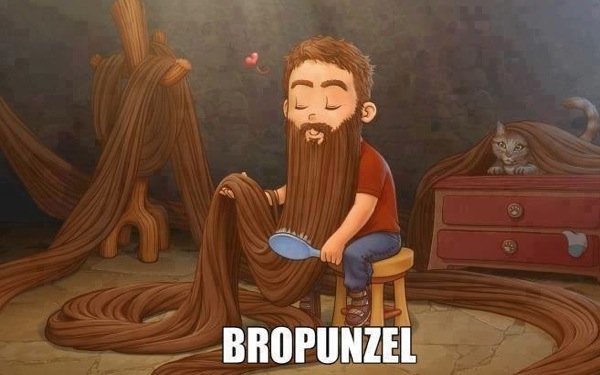 As you may already know, some religions hold strict convictions. So, it should come as no surprise that some religious schools embody those same convictions and enforce them as rules. Such is the case at many Mormon colleges and universities, where it is prohibited for men to grow beards.

Brigham Young University is one Mormon school that enforces a no-facial hair policy, and so does LDS Business College in Utah. However, some men are fighting the beard-ban and encountering beard-shaming as result.

Paolo Quezada at LDS told Vocativ he asked his college to approve his beard because he was growing one for a role in a film about the Bible. The school approved, but he was forced to wear a permit around his neck...or what he called a "beard badge of shame." What ensued was ridicule, heckling and laughing from his peers.

"People actually gathered in little groups to point and snicker at me. It felt like a scene from a high school movie," he told the publication. Feeling humiliated, shamed and bullied, he went home after only one day of wearing the permit and shaved his beard.

In recent weeks, some Mormon schools and students have been accused of taking special steps to shame those who are bucking a decades-old convention and donning chops and chin scruff. Critics say the schools have made it harder, or downright intolerable, for those rare few who seek an exemption to a blanket beard ban. Meanwhile, more conservative-leaning classmates, through public scorn and jeers, have fostered a social landscape on campus that’s downright Hawthornean.

At BYU, one student told the Salt Lake Tribune in September, "I love BYU, I love being a student here, but the rule on beards I find particularly outdated."

Students have protested against the beard-ban, but the ban remains intact.

However, the protests and beard-shaming incidents pose important questions institutions should perhaps further address: Are Mormon universities' rules too conservative for this day and age? And should students be subject to harassment and bullying for not abiding by these rules, which some call "outdated?"