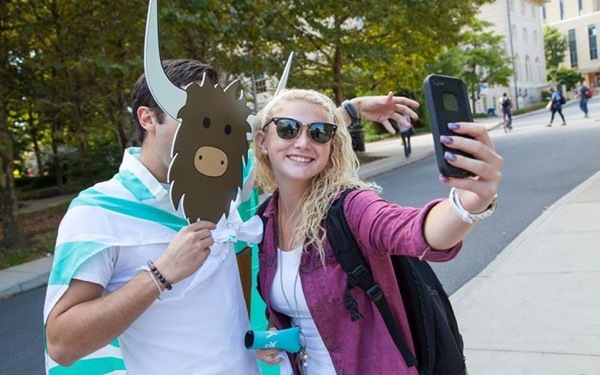 Anonymous social media app Yik Yak has been a source of bullying, harassment and most recently violent threats among college students at certain campuses. From reading the newspaper headlines, one might assume this is the social media app from hell that causes nothing but problems. But, is it really that bad?

Over at the Daily Dot, they asked a handful of college-aged students what they really thought about Yik Yak.

Some students like it and point out that the app's down-vote function can help take down a negative post.

"If you don't like something, you can down-vote it and with enough down-votes, the Yak will be taken off," wrote one anonymous student. "So if someone says something hateful it is normally taken down within a few minutes."

One undergraduate also wrote, "I can't think of anything I dislike. I see how there could be bad in using it and what could be wrong such as hateful comments about someone, but things like that normally get taken off quickly because of the down-votes."

However, others explain Yik Yak can foster a hateful environment and make college students feel like they're in high school. "I used to [use Yik Yak] but I recently just deleted the app, it became an area where students felt that they were superior due to anonymity and thus began slut-shaming and spewing racist ideology," wrote a student from Rowan University.

The student continued, "The slut-shaming, the racist yaks and the fact that a lot of yaks were guys complaining about being "friend-zoned" - it was like high school all over again... TKE [Tau Kappa Epsilon] had sex video scandal and I found out about it first over yik yak, that was a highly publicized story."

Still, the app has the potential to become a news source, which is what the company is trying to do.

"It's definitely growing to be a perfect way to round people up for events & inform people," wrote one University of Alabama student.

Read the rest of the messages over at the Daily Dot.