At Temple University, Students Hope to Put Famous Alum Cosby Behind Them 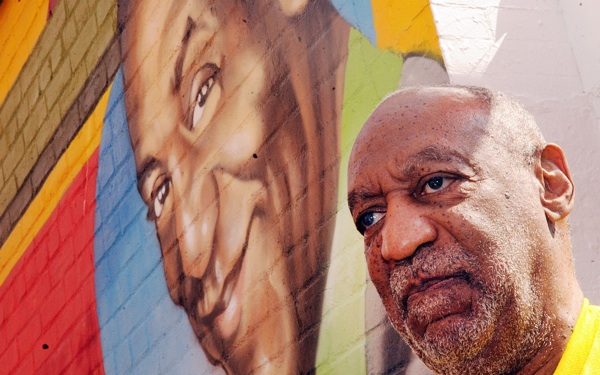 Cosby looks on during the celebration of the 55th anniversary of a Washington institution in
(Credit: Davis/Tribune News Service)

PHILADELPHIA — As they are elsewhere, students at Temple University are busy preparing for finals and the holidays.

But news outside the bubble of college life, the sexual assault allegations against comedian Bill Cosby, has cast a shadow on the intertwined history between this university and its most famous alum.

“It’s on people’s minds because we have no choice,” Tennyson Coleman said on a rainy day at Temple, a sprawling urban campus in northern Philadelphia. “I can’t go down my Facebook timeline without seeing 15 people post about it.”

Cosby, a national icon best known for his lead role on TV’s “The Cosby Show,” has been bombarded in recent weeks with accusations of drugging and sexually assaulting about 20 women over the course of several decades.

The legacy of the 77-year-old is rapidly crumbling: New projects on NBC and Netflix are scrapped and reruns of his shows have stopped airing.

Not even at his alma mater is that legacy intact. On Monday, Cosby resigned from the Temple University Board of Trustees, a post he’d held since 1982. The board accepted his resignation, thanking Cosby for “his service to the university.”

Temple’s student body president, Ray Smeriglio, said it was best for Cosby to steer clear of the university.

Cosby “knows the more associated he is with Temple, the more of a chance there is for the reputation of the institution to start to get dragged down,” said Smeriglio, a senior from Camp Hill, Pa.

“He is going to stay separate and handle his business,” Smeriglio said. “He clearly has a lot going on right now in the first place.”

He was often a public face for the university, speaking at commencements in the last several years. University spokesman Ray Betzner said Cosby would attend in order to speak for the entire board.

In August, Cosby talked to incoming students in a new student convocation called “Cosby 101,” according to a Temple news release. That release can no longer be found on Temple’s website.

Coleman, a junior at Temple, said Cosby was an inspiration and role model as he grew up in Washington.

The comedian “was one of the people that made me want to get into TV,” said Coleman, who is in media studies at Temple. “Seeing that he could succeed, I felt like I could, coming from where I came from.”

Coleman compared the scandal to the downfall of former Penn State football coach Joe Paterno in the wake of a child sexual abuse scandal in 2011.

Grace Holleran, a senior from Connecticut, wrote an opinion piece for the student newspaper The Temple News in early November, before the bulk of the allegations came out. She said Temple needed to stop “deifying its most famous alumnus.”

“There was this intimate relationship with him (and Temple) that’s, at the same time, very publicly visible,” she told McClatchy.

That era is likely over.

“I feel like a lot of people want to move on,” said Jose Feliciano, a junior from Philadelphia. “Everyone’s just tired of it.”

“Students shouldn’t have to be caught up with going home and getting the questions of ‘Did you hear about Bill Cosby?’ ” Smeriglio said.

“I think students are ready to put this behind us and truck forward,” he said.

Even before the most recent set of allegations surfaced, sexual assault was an issue that Temple University was grappling with.

It’s one of dozens of schools that the U.S. Department of Education is investigating for possible violations of Title IX, a law that targets sex discrimination at universities and colleges.

President Barack Obama announced in September the launch of “It’s On Us,” a campaign to combat sexual assault on campuses nationwide.

“It’s becoming a big issue not only on college campuses, but in the Greek community,” said Coleman, who is part of “It’s On Us” at Temple through his fraternity.

Spokesman Betzner, who blamed the national media for the intensity of the scandal, said Temple was seeking to update its sexual assault policies to be more consistent with those of a residential university.

“For most of its history, Temple was a commuter school,” Betzner said. “We’re becoming much more like a residential university.”

Smeriglio said his university had to focus more on its own problems with sexual assault.

“He cut ties (with the university) and we’re going to move forward as an academic institution and make sure we support our victims of sexual misconduct first and foremost,” he said.