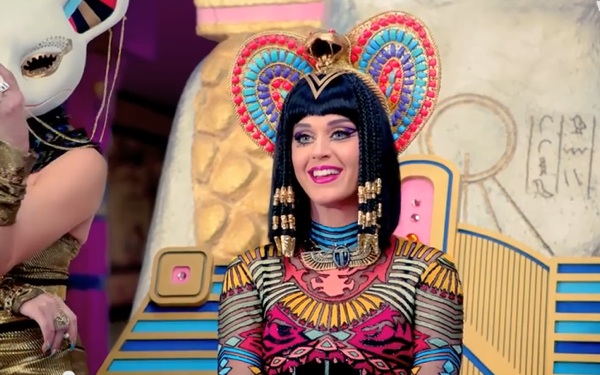 Katy Perry's 'Dark Horse' was the No. 1 music video on YouTube with more than 715 million views.
(Credit: YouTube)

YouTube released the list of its top 10 music videos Tuesday, and eight of the artists listed are female! Yep, 2014 was a year of girl power in the music video sphere, with artists like Katy Perry, Iggy Azalea, Shakira (who took two spots!) and Taylor Swift beating out the guys in the top 10 list. Only Enrique Iglesias and Jason Derulo were able to squeeze in.

According to YouTube, these top 10 music videos were collectively played billions of times from channels with 55-plus million subscribers:

9. Meghan Trainor - "All About That Bass"

Above, check out YouTube's 2014 Rewind music video that celebrates the year's biggest moments, memes and people such as the spider monkey prank, ALS Ice Bucket Challenge and more!