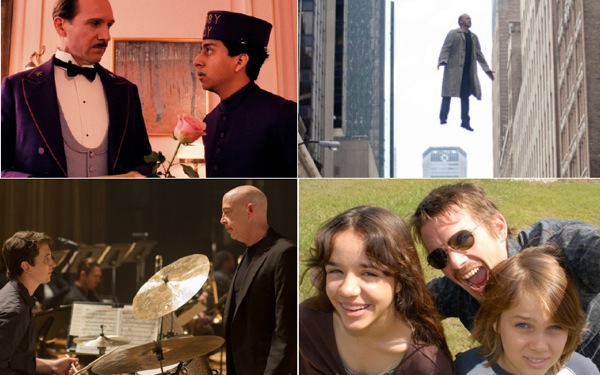 The nominees for the 21st Annual Screen Actors Guild Awards were announced Wednesday morning, and the indie genre has gotten some huge love. Last year, we saw that same love with Matthew McConaughey winning the lead male actor category for Dallas Buyers Club and Cate Blanchett winning Outstanding Performance by a Female Actor in a Leading Role for Blue Jasmine.

And this year, hit indie films such as Birdman, Boyhood, Foxcatcher and Whiplash have been thrust into the spotlight, shutting out studio-backed blockbuster movies. In fact, there are only about three films nominated that are glaringly non-indie: Into the Woods, The Judge and Gone Girl.

Birdman is soaring with nominations in the lead male actor (Michael Keaton), supporting male actor (Edward Norton), lead female actor (Emma Stone) and cast performance categories. The same can be said about IFC's Boyhood, which racked up a total of three nominations, including Outstanding Cast Performance.

Sony Pictures Classics (what we refer to as Sony Pictures' indie division) sees possible wins with Foxcatcher and Whiplash, which both have actors (Mark Ruffalo and J.K. Simmons) nominated for Outstanding Performance by a Male Actor in a Supporting Role. In addition to Birdman, Fox Searchlight Pictures scores success with Reese Witherspoon, who received a nomination for her lead role in Wild, and a surprising nomination for best cast performance for The Grand Budapest Hotel.

Last year, the SAG winners in the four acting categories won Academy Awards. In the 2015 Oscars, we're predicting we might see some of these nominated films and actors again, but we also expect to see nominations for the Martin Luther King, Jr. biopic Selma, Bradley Cooper for American Sniper or Jessica Chastain for A Most Violent Year.

Here is the complete list of SAG nominees in film: