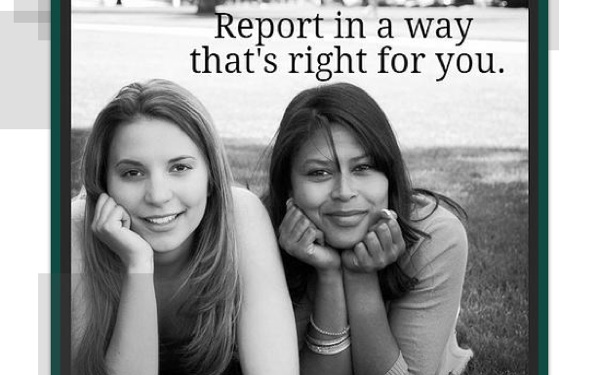 As Congress and higher education institutions look at how to reduce sexual violence on campuses, a program pioneered in Oregon is being held up as a model for helping victims and increasing the likelihood that they’ll report such attacks.

Experts on the issue and lawmakers at a Senate Judiciary panel hearing Tuesday praised the “You Have Options” program of the Ashland, Ore., police and Southern Oregon University officials for their joint effort to address campus sexual assault.

Ashland police encourage sexual-assault victims to report in any manner they wish, including anonymously. The victims also may dictate the pace and scope of the investigation and can suspend it at any time, said Angela Fleischer, a mental health social worker who helped police set up the program.

Fleischer, Southern Oregon University’s assistant director of student support and intervention for confidential advising, said the program gave assault victims information through confidential advisers who were trained in how to speak with people who’d experienced trauma.

“We must provide survivors of campus sexual assault with options for reporting to police that are beneficial to both law enforcement and survivors,” Gillibrand said. “This will encourage more survivors to come forward to pursue justice, and ultimately lead to more cooperative witnesses and better information to send to district attorneys to prosecute.”

She said the discredited Rolling Stone story about a campus gang rape at a University of Virginia fraternity two years ago could harm efforts to provide support to rape victims.

“Clearly we don’t know the facts of what did or didn’t happen in this case,” she said. “But these facts have not changed: UVA has admitted they have allowed students who confessed to sexually assaulting another student to remain on campus. That is and remains shocking.”

“This is not a crime with rampant false reporting. It’s underreported,” she said. “Our problem is victims are too frightened to come forward.”

McCaskill and Gillibrand have been outspoken about a need to deal better with the problem of sexual assault. Along with other senators, they’ve been working on legislation that would make changes in the ways colleges are required to handle sexual assault cases.

“I think a crime of rape off campus or a crime of rape on campus ought to be treated the same way,” said Sen. Charles Grassley, R-Iowa, a co-sponsor of the bill and the incoming chairman of the Judiciary Committee. “The sooner it’s treated the same way, the sooner the message is going to get out that you can’t get away with something on campus that you couldn’t get away with somewhere else.”

Many schools have been re-examining their policies.

The University of North Carolina at Chapel Hill revised its sexual-assault policy earlier this year. Among other changes, it includes a provision that only faculty and staff, not students, will sit on panels that adjudicate sexual-assault allegations. The policy also emphasizes that consent to engage in sexual contact must consist of a positive communication, rather than a failure to say “no.”

Five women at UNC alleged in a complaint last year that the university had violated sexual-assault victims’ rights and broken the law. The complaint is one of 90 being investigated by the U.S. Department of Education’s Office for Civil Rights.

One widely cited study found that nearly 1 in 5 women in college will be victims of sexual assault or attempted assault during their undergraduate years. Most rapes aren’t reported, and 4 out of 5 of those that are reported are never prosecuted, Gillibrand said.

Southern Oregon’s Fleischer said that at campuses across the country, victims of sexual assaults typically didn’t know where to turn for help. She said they also typically didn’t get clear information about what criminal prosecution would entail.

When they do go to the police, their cases often are hindered by actions by their institution as a result of school hearings, she added.

By contrast, she said that in Oregon, when the police and university were working together, “I am able to accompany a victim through the entire criminal justice process. I have seen firsthand the improvements to victim care our programs bring.”

Peg Langhammer, the executive director of Day One, a Rhode Island anti-sexual-assault advocacy group, told lawmakers that the Ashland program was an example of how a new approach could help victims feel “supported and believed” and avoid making them feel traumatized again when they try to report the assaults.

“Colleges alone are not competent to handle the investigation and prosecution of these cases, nor should they be,” Langhammer said. “The college hearing process should be integrated with law enforcement.”