If College Students Got to Pick 2015 Golden Globe Nominees... 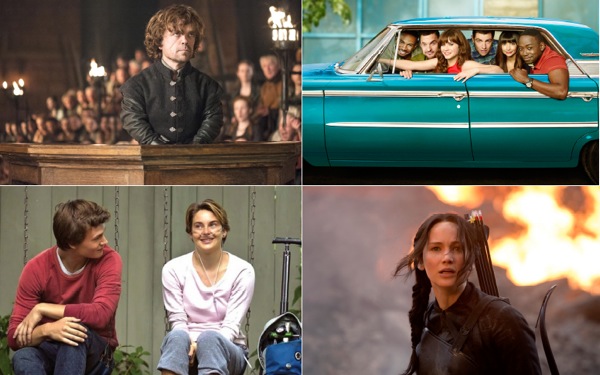 Early Thursday morning, a day after the SAG nominees were announced, the nominees for the 2015 Golden Globe Awards were released. There were some shocks, some snubs and definitely some standouts.

As with the SAG Awards, the indie genre continued to dominated the movie categories. Birdman soars with seven nominations total, including best screenplay, best comedy or musical, best director and best actor. Boyhood and The Imitation Game both received five nominations each, while Selma, The Theory of Everything, Gone Girl and The Grand Budapest Hotel each received four.

In the television categories, "Fargo" leads with five nominations, including best mini-series, best actor and best actress in a mini-series or motion picture made for television. "True Detective" follows with four nominations, and "The Affair," "The Good Wife," "House of Cards," "The Normal Heart,"  "Olive Kitteridge" and "Orange is the New Black" each have three.

Now, every show nominated for a Golden Globe probably deserves this nomination. But, we can't help but notice that there were a few snubs in the TV categories. As for film, the list of nominees is much more diverse when compared to the SAG Awards, and for that reason we can't complain much.

However, if college students had the opportunity to nominate the TV shows and movies, we have a feeling  the list would look something like this...

(Please note: We did not use a scientific method. We just guessed based on our interactions with students.)