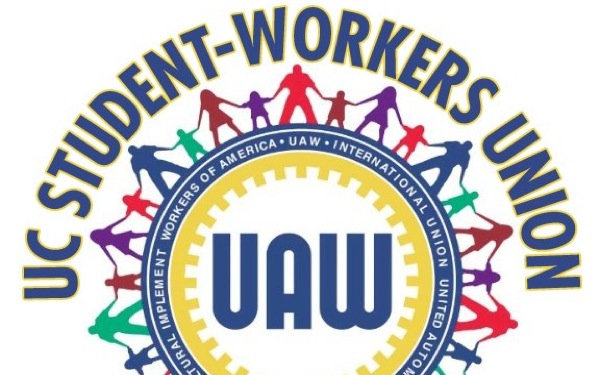 Members of the union that represents UC students who work as teaching assistants, tutors and readers have voted to urge the UC regents to divest from Israeli institutions and international companies that backers say violate human rights and aid the occupation of Palestinian territories.

In results announced Wednesday by the UAW, Local 2865, about 65% of the 2,160 votes cast in the union’s referendum approved the divestment policy and asked that it apply to all financial holdings of the university and of the UAW’s international parent union. The ballot measure also called for the U.S. government to end military aid to Israel.

The UC regents have said they have no intention of such a sale of investments. But the issue nevertheless has roiled UC campuses as several students governments, including UCLA last month, have taken pro-divestment stances after much debate. Jewish and pro-Israel organizations worked to defeat the union measure and those by the student governments.

Local 2865, which bargains for about 13,000 student workers, also asked its voting members whether they would take a personal and nonbinding pledge not to participate in research, exchanges or conferences sponsored by Israeli universities “complicit in the occupation of Palestine.” About 53% of those who voted, or 1,136, anonymously said they would do so, according to the union.

Union officials emphasize that such steps would not entail boycotts of individual faculty from Israel; they also pledged to keep their opinions about the Middle East out of UC classrooms.

Katy Fox-Hodess, a UC Berkeley graduate student who is on the union’s statewide executive board, said members know that regents now are not likely to divest but felt it was still important to express opposition to Israeli policies.

“We hope to continue to build this movement at UC,” she said. “We see this as another step for the university and the international union to divest.”