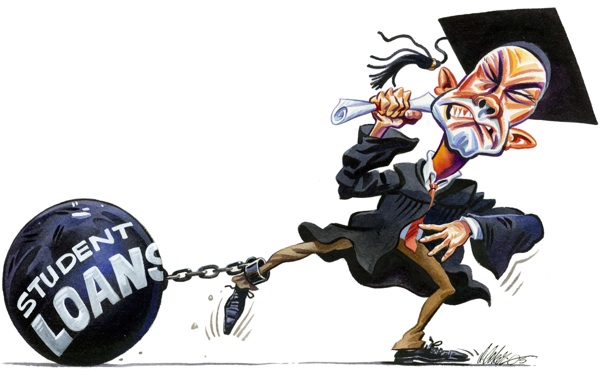 If you were to ask any undergraduate how much debt they're going to be in from paying for college, chances are they wouldn't be able to tell you.

1. Only a bare majority of respondents (52 percent) at a selective public university were able to correctly identify (within a $5,000 range) what they paid for their first year of college. The remaining students underestimate (25 percent), overestimate (17 percent), or say they don't know (seven percent).

2. About half of all first-year students in the U.S. (based on nationally representative data) seriously underestimate how much student debt they have, and less than one-third provide an accurate estimate within a reasonable margin of error. The remaining quarter of students overestimate their level of federal debt.

3. Among all first-year students with federal loans, 28 percent reported having no federal debt and 14 percent said they didn’t have any student debt at all.

These results suggest that students are blindly borrowing money to pay for school. And the consequence of this can be huge.

"Without knowledge of their financial circumstances, a student with a large sum of debt might be unprepared to compete for the jobs that would pay generously enough to allow them to repay their debt without having to enter an income-based repayment," states the report.

The report also notes students will likely experience regret and an emotional burden due to their lack of financial literacy.