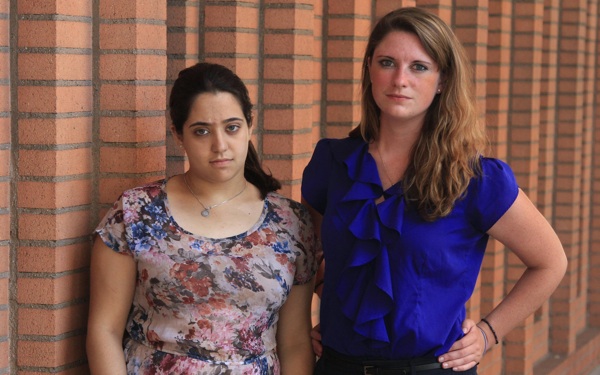 These students filed a complaint against the UNC over its handling and reporting of sexual assaults.
(Credit: Jonathan Alcorn/TNS)

These are a few of the headlines that have flooded print and online news sites this year as more colleges found themselves in the spotlight for how they handle mishandle sexual assault cases among students. You read a few of these articles, and you might convince yourself that being a college student puts you at a greater risk for being raped. After all, 1 in 5 women is sexually assaulted while in college.

According to the report released by the Bureau of Justice Statistics, "The rate of rape and sexual assault was 1.2 times higher for nonstudents than for students."

The fact that students are less likely to report their cases than nonstudents is not surprising. Often on college campuses, student victims experience victim blaming after reporting the crime. And, as we have seen with the dozens of schools accused of mishandling sexual assault cases, many students probably don't trust the administration or police to properly investigate the case.

This report should further encourage colleges and police departments to come up with ways to encourage student victims to report sexual assault crimes. One school that seems to be doing just that is Southern Oregon University. The school joined Ashland, Ore. police to inform sexual-assault victims about the different ways they can report their attacks. The program was praised at a recent senate hearing.