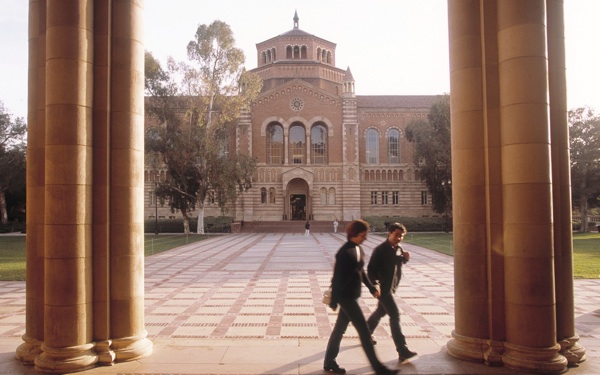 More than 158,000 students applied for a freshman spot at one or more of the nine UC undergraduate campuses, up 6.5 percent from the previous year. The total number of undergraduate applicants, including transfer students, was nearly 194,000, according to the university.

"This early look at the numbers serves as a strong indication that students and their families continue to place a high value on a UC education," said UC President Janet Napolitano.

The figures reflect applications received by the Nov. 30 deadline for the fall 2015 term; a student who applied to several campuses would be counted only once.

The ever-growing demand for a UC education has made admission to the prestigious university system -- especially, its most high-profile campuses -- increasingly difficult, as the system's capacity has not kept pace with the numbers.

Admission rates for freshman applicants at UC Berkeley, UCLA, UC San Diego and UC Santa Barbara in 2014 were less than half of what they were in the mid-1990s, an analysis by this newspaper showed. At Berkeley, just 13.5 percent of California applicants who applied for a seat this past fall term were admitted, with another 5.3 percent given a spot in January.

That is one argument Napolitano made for increasing tuition by up to 28 percent by 2019 -- the extra revenue would allow campuses to enroll an additional 5,000 in-state students over those years.

Many campuses expanded their enrollment during the Great Recession, but most of the extra spots went to out-of-state or international students who pay more than $35,000 per year in tuition and fees alone, nearly three times the charge for Californians. University officials say campuses used that money to help balance the books without cutting California enrollment.

Now, state lawmakers have come forward with proposals to require the system to charge out-of-state students even more next year, while enrolling more California students.

The preliminary figures UC released Thursday do not include a breakdown of how many freshman applicants were Californians. That information is expected to be released in January, along with campus-specific data.