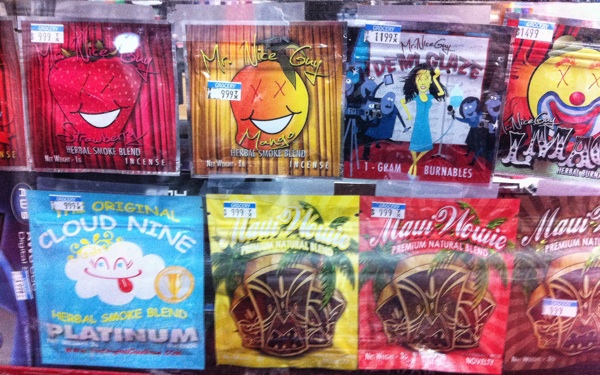 As the old saying goes, "curiosity killed the cat." But some college students must believe they're invincible.

A University of Cincinnati study of more than 300 college students found that 17.1 percent have used "fake weed" (synthetic THC) at least once in their lifetime, and 19.2  percent of those students said curiosity about the drug was a top reason why they used it. Of course, a decent chunk of them (17.4 percent) said they inhaled it to get high, and a smaller percentage (10.6) enjoyed the "fun of feeling high."

But at least peer pressure doesn't seem to be a huge factor; only 3.8 percent cited peer pressure, and 4 percent said they tried it to "fit in."

According to the Office of National Drug Control Policy, "synthetic marijuana" (commonly referred to as "K2," "Spice," "Herbal Incense" or "Potpourri") are man-made chemicals that are applied onto plant material and marketed as "legal" high. Its effects supposedly mimic THC, but the side effects can be fatal. Users can experience anxiety, nausea, vomiting, elevated blood pressure, seizures, hallucinations and death.

On July 11, 19-year-old Connor Eckhardt inhaled one hit of "synthetic marijuana" and quickly slipped into a coma. His brain experienced swelling, and he eventually died. "In a moment of peer pressure, he gave into that, thinking that was OK, it was somehow safe, and one hit later, he goes to sleep and never wakes up,” Connor's father told KTLA.

To combat "synthetic marijuana" use, the authors of the UC study suggest targeting middle and high school students. "Based on the study's findings, it appears senior year of high school and the first year of college is the primary time for initiating use of THC," wrote the study's authors.