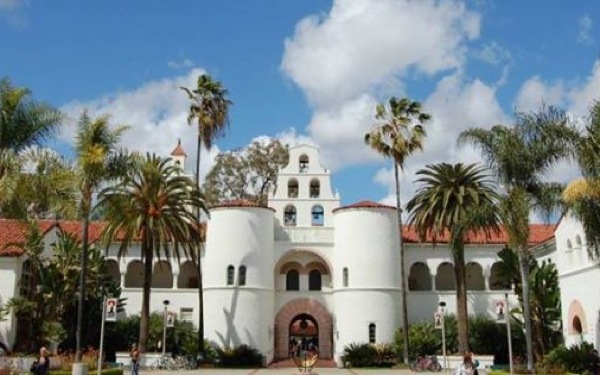 "Take Back the Night" is a serious, emotional event dedicated to sexual assault and domestic violence survivors. On multiple college campuses, victims share their experiences, find solidarity and raise awareness as they march.

The Delta Sigma Phi chapter at SDSU has now been shut down, and the university's spokeswoman also said the fraternity violated alcohol and hazing policies.

"There is no place in our campus community for the type of ongoing behaviors displayed by those involved with this fraternity chapter," said Eric Rivera, SDSU's vice president for student affairs (via San Diego 6).

The fraternity, however, has a chance to come back in fall 2016 if members follow the new policies.

Following the incidents at Take Back the Night last month, SDSU's Greek organizations suspended social events while the investigation was still ongoing. Greek leaders also stated all fraternity and sorority members will be required to undergo sexual violence training.

On Monday, it was announced all Greeks will have to take an online course called "Agents of Change" and participate in sexual assault prevention events -- yes, including Take Back the Night.