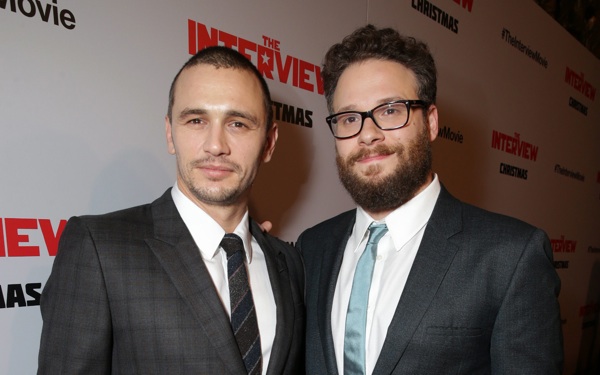 Hackers behind a massive breach of Sony Pictures computer systems appeared Tuesday to threaten attacks on cinema audiences for upcoming comedy The Interview, about a plot to kill North Korean leader Kim Jong Un, according to media reports.

The message signed by the Guardians of Peace - a name the Sony hackers have used in other communications - said they would show movie audiences "a bitter fate," and made reference to the September 11, 2001, terrorist attacks.

"We will clearly show it to you at the very time and places The Interview be shown, including the premiere, how bitter fate those who seek fun in terror should be doomed to," the message sent to reporters began, according to a report on TheVerge.com.

"The world will be full of fear. Remember the 11th of September 2001 ... What ever comes in the coming days is called by the greed of Sony Pictures Entertainment. All the world will denounce the SONY."

The threat, which was also posted on messaging sites Pastebin and Friendpaste, accompanied a link to a ninth trove of hacked data, apparently including the email archive of Sony Pictures chief executive Michael Lynton, according to a report by Re/Code.net.

Hackers raided Sony's internal systems on Nov. 24, making off with what they claimed was 100 terabytes of data. Since then, the hackers have released digital copies of five Sony films, financial data, salary charts and employee emails on public file-sharing sites.

U.S. Representative Mike Rogers, chairman of the House Intelligence Committee, said Friday that North Korea was a prime suspect in the ongoing investigation into the attack.

North Korea has denied involvement but called The Interview "an act of war," and has praised the hackers.

The data breaches have thrown the film studio into disarray.

Former Sony employees have filed a class action lawsuit against the film studio for failing to protect sensitive employee data, after the cyber attacks made their social security numbers and other private information public.

Sony Pictures co-chairwoman Amy Pascal and producer Scott Rudin were forced to apologize for racially offensive jokes they made over email about U.S. President Barack Obama.

Other emails between Rudin and Pascal bashed some of the studio's biggest stars, including one that called Angelina Jolie a "minimally talented spoiled brat."