We Predict the Winners for the 2015 Grammy Awards! 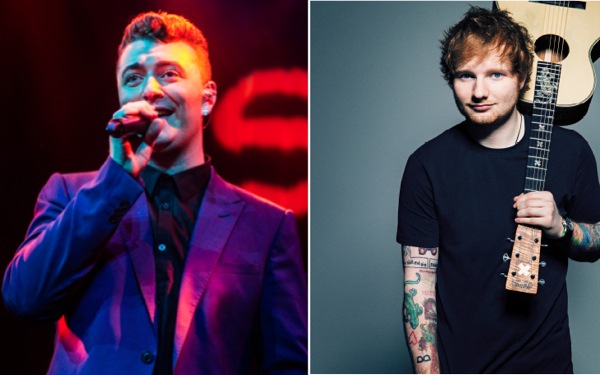 We won't know the winners of the 57th Annual Grammy Awards until February, but we can make some predictions. Some of Campus Circle's music writers revealed their predictions for artists walking away with awards on Feb. 8.

Sam Smith is going to be the star of the night, walking away with three wins for Best New Artist, Record of the Year and Best Pop Vocal Album. However, he has tough competition, especially in the pop categories where he's up against Sia and Ed Sheeran.

Even if Smith does beat the two artists in those three categories, we predict Sia will nab a Grammy for Best Pop Solo Performance, and Sheeran will win Best Pop Album.

In an unanimous vote, we predict Glen Campbell will win Best Country Song for "I'm Not Gonna Miss You." There is also a strong agreement among the writers that Jack White's "Lazaretto" will win Best Rock Song.

However, we're a little stumped on who will win Song of the Year and Best Country Album...

Check out our predictions below:

RECORD OF THE YEAR
“Fancy,” Iggy Azalea ft. Charli XCX
“Chandelier,” Sia
“Stay With Me,” Sam Smith
“Shake It Off,” Taylor Swift
“All About That Bass,” Meghan Trainor

SONG OF THE YEAR
“All About that Bass,” Meghan Trainor
“Chandelier,” Sia
“Shake it Off,” Taylor Swift
“Stay with Me (Darkchild Version),” Sam Smith
“Take Me to Church,” Hozier

BEST POP SOLO PERFORMANCE
“All of Me, “John Legend
“Chandelier,” Sia
“Stay with Me,” Sam Smith
“Shake it Off,” Taylor Swift
“Happy,” Pharrell

Do you think we got these predictions right? Leave your comments or predications below!

The 57th Annual Grammy Awards will be held on Feb. 8, 2015, at the Staples Center in Los Angeles, Calif. It will broadcast live on CBS.