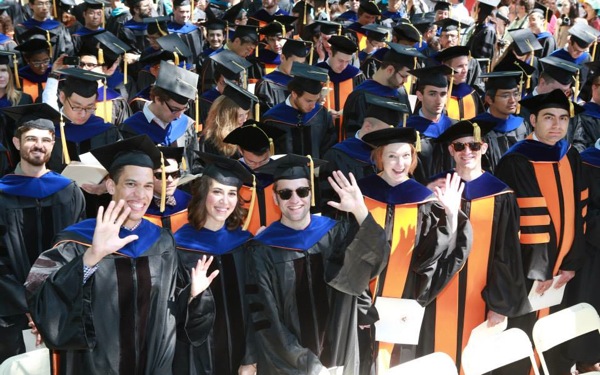 Thanks to Kiplinger's Personal Fianance, it has become easier to find the college that will give you the best bang for your buck! Or in other words, "a quality education at an affordable price."

In the annual Best Value Colleges list, Princeton University is listed at the top; the average debt at graduation is just $5,552, and the four-year graduation rate is 88 percent. And, it's not the most expensive college to attend, with a total year's worth of tuition coming out to $59,165.

Behind Princeton is Yale University with an even higher graduation rate of 90 percent, but a higher average debt of $13,000.

The only California school to make it into the top 10 is Pomona College in Claremont (No. 9). The California Institute of Technology was listed at No. 16 and Stanford at No. 20.

To rank the schools, Kiplinger evaluated the institutions' admissions rate, test scores, student-faculty ratio and in-state/out-of-state costs. For the first time ever, graduation rates were used. "That change penalizes schools with a high percentage of students that graduate in five or six years," explained Kiplinger, "but it’s based on simple math: The faster your child graduates, the less money you’ll spend on his or her education."

A lot of research has been put into colleges' graduation rates and how this affects students' pockets and futures. A recent study by Complete College America found that most public college students don't graduate on time, a problem the study termed as "The Four-Year Myth." Instead of the four years it's supposed to take students to graduate, it's six years. At community colleges, the two-year time frame  is actually three years.

As a result, college students are having to take out thousands of more dollars each additional year, which really doesn't give you any bang for your buck. Unless, of course, you're the school getting the check.