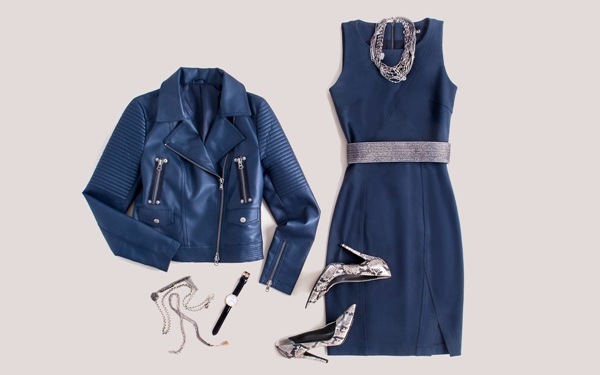 The New York-based socialite, who was named “Debutante of the Decade” in 1986 during the International Debutante Ball and counts some of the most illuminating cultural figures past and present as good friends (Truman Capote and Andy Warhol frequented her family parties back when Guest was just a teenager), has since embraced her passion for all things cruelty-free and created several product lines that project her chic stance on veganism and animal-friendly fashion.

The Cornelia Guest for Project Gravitas collection includes three cruelty-free jackets made of faux leather, with prices starting at $295. The Olive is a bomber-style jacket, The Nelson a cropped, motorcycle-inspired blazer, and The Lyle is also motorcycle-inspired, but with edgy zippers and texture on the arms and shoulders. Guest’s designs are the first collaboration for Project Gravitas, which often features powerful female entrepreneurs wearing the brand’s dresses on its website.

With an aim to erase the crunchy stereotype often associated with vegan products, Guest has brought her luxe background and aesthetic to synthetic leathers in the hopes of bridging the gap between high-end and flat-out hippie.

“Project Gravitas and I share a passion for creating beautiful and meaningful products,” Guest says. “Living a cruelty-free lifestyle doesn’t mean you have to compromise on luxury or quality.”

It’s clear that Guest hardly compromises, having originally launched her handbag line in 2011 after not being able to find any that were both vegan and chic.

Fashion Focus
André Leon Talley’s career took him around the world, but his heart stayed in Durham
462 views

Fashion Focus
Cal U students up their wardrobe game with the help of Campus Closet
1,019 views

Fashion Focus
Financial Tips for Getting The Most out of a Shopping Spree
1,330 views

Fashion Focus
How to dress post-pandemic? Just do you.
1,173 views

Fashion Focus
Summer’s coolest dress is an instant classic. OMG, did you see this?
914 views
bid=||