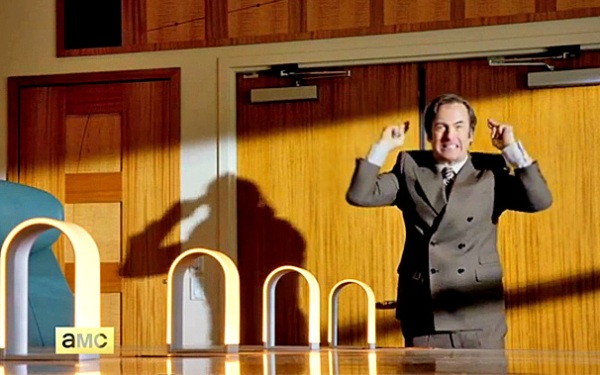 Who will win Lady Mary’s heart on “Downton Abbey”? Is there any life left in “American Idol”? Are Hannah and her “Girls” friends finally ready to grow up? Can Larry Wilmore fill Stephen Colbert’s late-night shoes?

These are among the key questions as television’s winter season brings a blizzard of fresh programming. In addition to returning favorites, viewers can expect a huge batch of brand-new offerings, including the highly anticipated “Breaking Bad” prequel, “Better Call Saul,” the hip-hop melodrama, “Empire,” and even a modern take on “The Odd Couple” with Matthew Perry.

But while much of the focus will be on incoming series, this midseason will be also full of bittersweet farewells as “Glee,” “Parks and Recreation,” “Two and a Half Men,” “Parenthood,” “Justified,” “The Mentalist” and “Cougar Town” all get set to air their final episodes.

Here are the notable highlights of TV’s winter season, starting with new dramas, comedies and reality shows, and continuing with debut dates for returning series.

— “Marvel’s Agent Carter”—A Marvel Comics spinoff that focuses on “Captain America” character Peggy Carter (Hayley Atwell), who in 1946, is on a mission to track down weapons of mass destruction. (8 p.m. Jan. 6, ABC).

— “Empire”—A musical soap about a hip-hop mogul (Terrence Howard) with ALS who must pick one of his three sons to inherit his business—all while battling his ex-wife (Taraji P. Henson) who is just out of prison and wants half the company. (9 p.m. Jan. 7, Fox).

— “Sons of Liberty”—A three-night miniseries about the rebels who helped to form a new nation. (9 p.m. Jan. 25, History).

— “Good Witch”—Catherine Bell reprises her role as the magical Cassie Nightingale in a series inspired by the TV movie franchise. (8 p.m. Feb. 28, Hallmark).

— “CSI: Cyber”—The latest offshoot of the franchise stars Patricia Arquette as the head of the Cyber Crime Division of the FBI. (10 p.m. March 4, CBS).

— “Bella and the Bulldogs”—A cheerleader’s life takes a big twist when she becomes the quarterback for her middle school’s football team. (8 p.m. Jan. 17, Nickelodeon).

— “One Big Happy”—A gay woman (Elisha Cuthbert) and straight man (Nick Zano) decide to have a baby together—just before he falls in love with another woman. (9:30 p.m. March 17, NBC).

— “Younger”—A 40-year-old, suddenly single mother (Sutton Foster), tries to get back into the working world with the help of a youthful makeover. Hilary Duff also stars. (10 p.m. March 31, TV Land).

— “Expedition Unknown”—Explorer Josh Gates searches for the truth behind some of the world’s most puzzling stories. (9 p.m. Jan. 8, Travel Channel).

Here’s a rundown of premiere dates and times for returning shows: